Bombshell: Documents show Attorney General Eric Holder was briefed on Operation Fast and Furious on a regular basis as early as July 5, 2010. Not only do the documents and memos show Holder was briefed, they are addressed directly to him.

FLASHBACK: May 3, 2011 Eric Holder testifying under oath to Congress

"I'm not sure of the exact date, but I probably heard about Fast and Furious for the first time over the last few weeks."

Unless Holder thinks 40 weeks, or 10 months is "just a few weeks," he lied to Congress about when he knew about Operation Fast and Furious. These documents prove Holder knew about the Operation nearly an entire year before he testified before Congress. 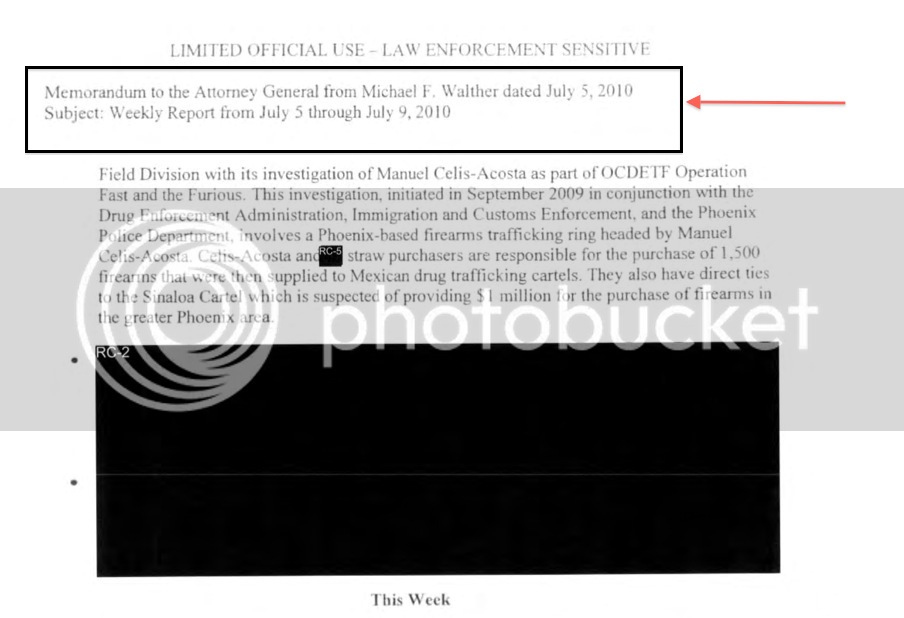 Remember, up to this point, Operation Fast and Furious has been sold to the public by the Obama Justice Department as a rogue operation carried out by a few low level ATF agents. Not the case.

Next up? When did members of the Obama national security team in the White House know about Operation Fast and Furious.

Also, as I reported over the weekend, Justice Department and ATF officials have denied deliberatly allowing guns to be trafficked back to Mexico, yet a map revealed in the Friday night document dump from the White House proves otherwise and shows the exact path of guns going to different destinations in Mexico.

AOC: Cuomo's plan to suspend mortgage payments is racist
Hotair
Infectious Disease Specialist Tells Fox News: ‘This is the Beginning of the End of the Pandemic’
Redstate