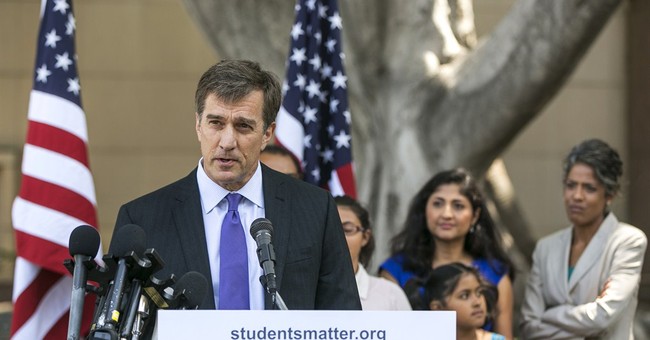 On Tuesday, teacher tenure was ruled unconstitutional in the state of California, impacting 6 million students from kindergarten through 12th grade. This monumental decision could change the way other states view current tenure laws nationwide.

Tenure aims to protect long-standing teachers from being fired by providing them with job security after they have completed a certain probationary period. Opponents argue, however, that these laws keep inept teachers in the classroom and therefore hinder student achievement. In California, the qualification for achieving tenure is only two years, one of the shortest in the nation:

Nine California students brought the case to court after describing situations where teachers improvised lesson plans, were unable to control the classroom, and even told students they would never make anything of themselves. Los Angeles County Superior Court Judge Rolf Treu asserted that the state’s current laws have led to “a significant number of grossly ineffective teachers currently active in California classrooms.”

The state’s largest teachers union, the California Teachers Association, already plans to appeal the ruling. The union said, “Circumventing the legislative process to strip teachers of their professional rights hurts our students and our schools.”

What truly hurts our students is allowing unqualified, apathetic teachers to keep their jobs under the justification that they have already been working for two years. This does not promote children's fundamental right to an equal education. Impoverished and minority students are hit the hardest since there’s a disproportionate amount of inefficient teachers working in low-income schools.

These incompetent teachers are near impossible to fire under tenure laws, due to the long and costly process involving trials and appeals. The Associated Press reports:

If a school district moves to fire a tenured teacher and the educator puts up a fight, it triggers a long, drawn-out process, including a trial-like hearing and appeals.

Los Angeles School Superintendent John Deasy testified it can take over two years on average — and sometimes as long as 10 — to fire an incompetent tenured teacher. The cost, he said, can run from $250,000 to $450,000.

Tenure gives a “last in, first out” approach to handling layoffs, requiring that the last hired teacher be the first fired teacher. Michelle Rhee, former chancellor of Washington, D.C. public schools and founder of the education reform organization StudentsFirst, gives her take:

Parents should not have to worry about the quality of the teachers instructing their children. The solution to keeping capable teachers in positions of influence is not through tenure, but rewarding them based on performance.