Paul Ryan on Tax Reform: "It's Gonna Get Done This Year" 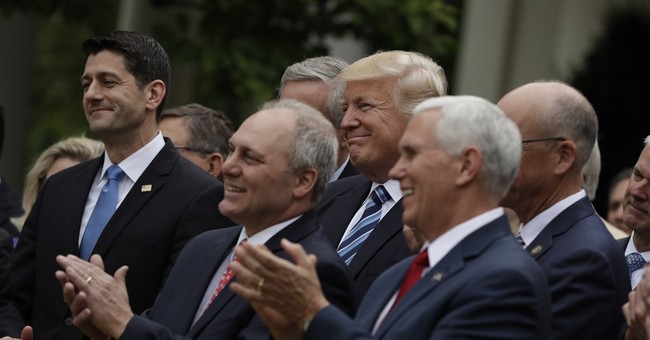 Speaker of the House Paul Ryan raised expectations for Congress on Tuesday, claiming that Republicans and Democrats would reach a deal on tax reform by the end of the year during an interview with Fox News.

Ryan said President Donald Trump and him both want a simpler tax code to be at the top of this year's agenda.

"We think it's critical for economic growth to get people back to work, to get this economy growing and to make America more competitive... to make America great again," he said.  "We've got to make it so that all these businesses, like Apple and everybody else, can bring their money back home."

When asked if he believes tax reform will be done this year, Ryan said "yeah, it's going to get done."

.@SpeakerRyan: President Trump and I agree on tax reform. It will get done this year. pic.twitter.com/CvMmihZoKO