Barack Obama to Represent US in Berlin, Meeting with Merkel 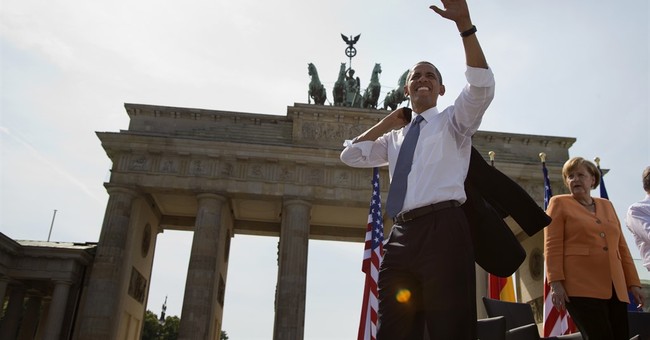 Barack Obama is entering the political arena once again.  The former president is scheduled to sit down with German Chancellor Angela Merkel in Berlin for a panel discussion about democracy in May.

“Being Involved in Democracy: Taking on Responsibility Locally and Globally” will be held on the same day President Donald Trump starts his summer tour of Europe, meeting with NATO leaders in neighboring Brussels.

The Obama Foundation is co-sponsoring the discussion and the joint appearance may be an attempt to bolster her chances of re-election.