Priebus and Bannon: If Conservatives and GOP Unite, They Cannot Be Stopped 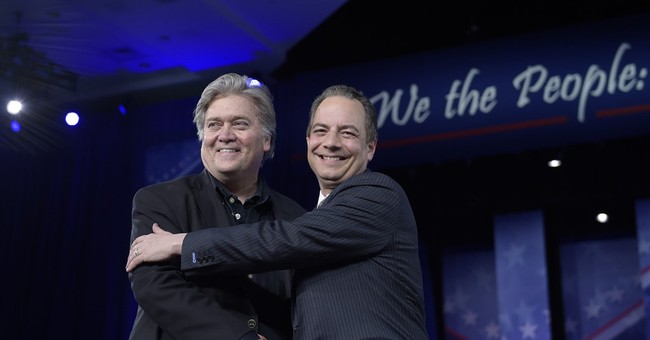 White House Chief of Staff Reince Priebus and strategist Steve Bannon took the stage at the CPAC on Thursday to dismiss any doubts of their relationship in President Donald Trump's administration.

Bannon blasted the mainstream media, saying that they were dead wrong about the election, and they're dead wrong now.

The pair joked throughout their time on stage and reaffirmed to the crowd that unity would ultimately lead to party success.