Secretary Mattis to NATO Countries: It's Time to Pay Up! 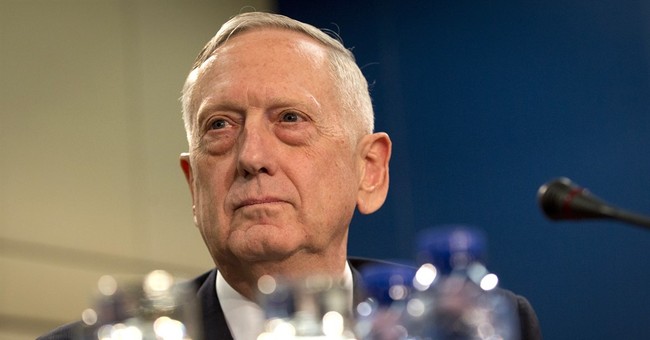 Defense Secretary James Mattis addressed members of the North Atlantic Treaty Organization in Brussels on Wednesday, offering a peaceful ultimatum on behalf of the American people.

“I owe it to you all to give you clarity on the political reality in the United States and to state the fair demand from my country’s people in concrete terms,” Mattis told foreign dignitaries in a closed-room meeting. “America will meet its responsibilities, but if your nations do not want to see America moderate its commitment to the alliance, each of your capitals needs to show its support for our common defense.”

Of the current 28 member states, only five spend the required 2 percent GDP on defense budgets.

The American people will "lose their patience for carrying a disproportionate burden,” Mattis warned.

“No longer can the American taxpayer carry a disproportionate share of the defense of western values,” Mattis said. “Americans cannot care more for your children’s security than you do. Disregard for military readiness demonstrates a lack of respect for ourselves, for the alliance and for the freedoms we inherited, which are now clearly threatened.”