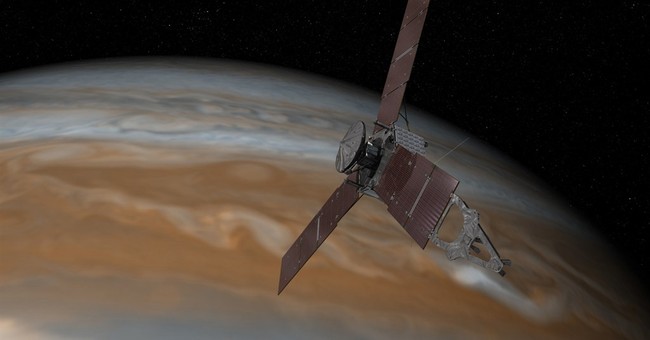 As Juno approaches Jupiter's harsh radiation environment, it will fire its main engine to slow down and then slip into orbit around the planet.

"It's a one-shot deal," mission chief scientist Scott Bolton from the Southwest Research Institute in San Antonio, Texas, said Thursday. "Everything is riding on it."

The aircraft is set to spend an entire year studying Jupiter's atmosphere and rotations.

"Jupiter is a planet on steroids. Everything about it is extreme," Bolton said.

The trip to Jupiter has taken nearly five years, allowing Juno to loop around the inner solar system and use Earth as a gravitational slingshot to propel itself into deep space.