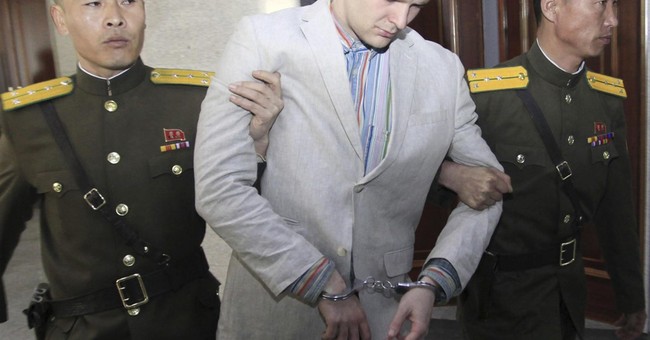 The United States has issued another round of sanctions against North Korea in wake of "illicit" missile tests throughout the past few months.

"This [executive order] is part of our response to North Korea's January 6 nuclear test and February 7 launch using ballistic missile technology, and it enables US implementation of UN Security Council Resolution 2270 and the North Korea Sanctions and Policy Enhancement Act of 2016.  These actions are consistent with our longstanding commitment to apply sustained pressure on the North Korean regime. The US and the global community will not tolerate North Korea's illicit nuclear and ballistic missile activities, and we will continue to impose costs on North Korea until it comes into compliance with its international obligations," reads the White House press release.

This may also be indicative of the recent news of the University of Virginia student taken captive in North Korea last month, who has been sentenced to 15 years hard labor.