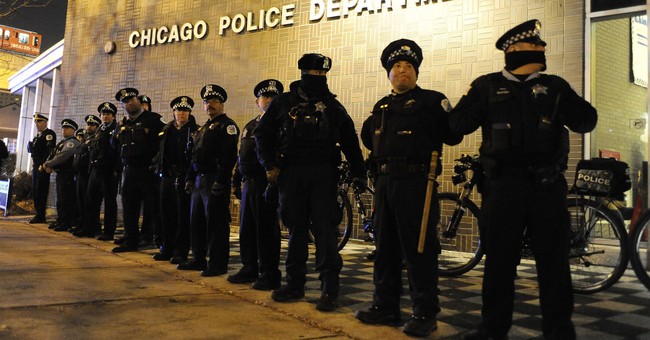 The Chicago Police Department is preparing for a surge in violence over the Memorial Day weekend by canceling all upcoming days off for its officers as they are continuing to face a severe manpower shortage.

ABC 7 Chicago reports an internal memo sent to officers states all days off are to be canceled for one full week between May 24 and 31 along with the possibility of being put on 12-hour work shifts during that time "if operational needs arises." It is expected that downtown retail corridors will get special attention during the holiday weekend.

To make matters worse, 900 officers left CPD while only 51 joined between January and October 2021. This is a stark contrast to 2019, where 619 officers left the force and 444 joined the department. It started to get worse in 2020, with the COVID-19 pandemic and BLM riots, where CPD saw 705 officers leave and 161 join.

"The escape from this job and the tragic things we see on a daily basis, to be able to go on vacation or even just spend time with your family at a barbecue, it is decompression time that is sorely needed," John Catanzara, president of the Chicago Fraternal Order of Police, told ABC & Chicago.

In addition to the city's infamous shootings, carjackings and robberies are becoming a common problem residents have to face.

Three more armed robberies were reported in about an hour last night and they appear to be linked to a week-long crime spree.

Chicago police are also exploring a possible connection between the crew and a shooting last night near The Bean, per a source.https://t.co/shtdFmv9eN