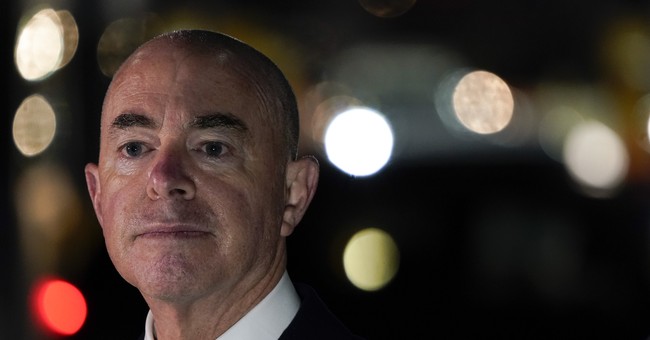 The Post gave Mayorkas "Three Pinocchios" over the following statement:

"You know what happens to these individuals? They are either expelled under the Title 42 of the CDC, or they are placed into immigration enforcement proceedings. They make their claims under the law. If those claims don’t prevail, they are promptly removed from the United States."

The reason for the high rating is because the statement does not reflect what has been happening due the Biden-created crisis at the U.S.-Mexico border:

"Mayorkas, in his remarks, gave the impression of a smooth-running machine: Noncitizens who illegally entered the United States are given their day in court and, if they lose, they promptly are deported. But the reality is much different. Certain nationalities, such as Mexicans, appear on a faster track to deportation. But others are not.

"Indeed, more than 1 million people who entered the country without proper documents have been given deportation orders — and still have not left. Others have disappeared — a problem that may have gotten worse as tens of thousands of undocumented immigrants are released in the country each month."

The problem was exemplified when illegal immigrants were given a "notice to report," which means they are to report to Immigration and Customs Enforcement once they reach their destination after being released from Border Patrol:

"Initially, many were given what were known as a 'notice to report' (NTR), a preliminary step to receiving a 'notice to appear' (NTA) in court for processing. According to a DHS letter released in January by Sen. Ron Johnson (R-Wis.), 104,171 noncitizens were released with an NTR through Aug. 31, with a requirement to check in within 60 days. Of those, slightly less than half, 49,859, had checked in with ICE — but the rest had not."

"Of the 49,859 who had checked in with ICE, 16,293, or about 15 percent of the total, had been placed in deportation proceedings through the issuance of an NTA."

DHS defended Mayorkas' comment by saying was only referring to what happens when an undocumented immigrant loses his or her case.