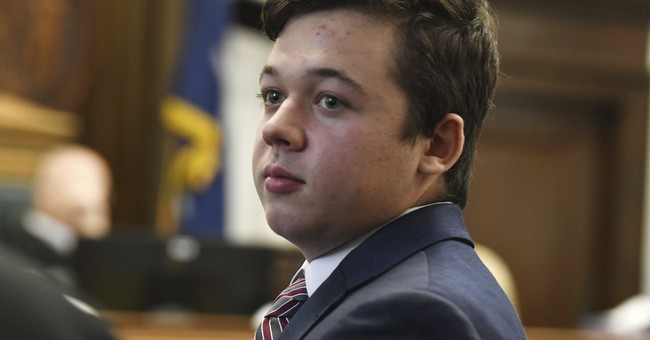 Kyle Rittenhouse disclosed in an episode of the “The Jenna Ellis Show” podcast on Tuesday he has reached out to President Joe Biden on multiple occasions to discuss how the latter had smeared Rittenhouse as a white supremacist after he shot three people in self-defense during the 2020 BLM riots in Kenosha, Wisconsin.

“I reached out to Joe Biden several times — crickets, nothing,” Rittenhouse said, according to the New York Post. "He still hasn’t replied. So it just shows how much of a man he is to not sit down and talk."

During the 2020 presidential campaign, Biden referred to the Rittenhouse shootings while talking about white supremacy and posted a campaign video that included a photo of Rittenhouse while discussing white supremacists. Rittenhouse has maintained Biden had defamed his character by the comments.

There’s no other way to put it: the President of the United States refused to disavow white supremacists on the debate stage last night. pic.twitter.com/Q3VZTW1vUV

"I’ve been all right, but it’s been a little difficult ‘cause with all the false narratives that were put out, where people called me a white supremacist, a murderer and racist, and all those other lies, I don’t know if somebody’s seen one of those articles or watched one of those news stories," Rittenhouse continued.

Rittenhouse was acquitted on murder charges as video evidence taken on the night in question proved he only shot people, killing two, who were actively attacking him as he tried to run away from the rioting crowd.