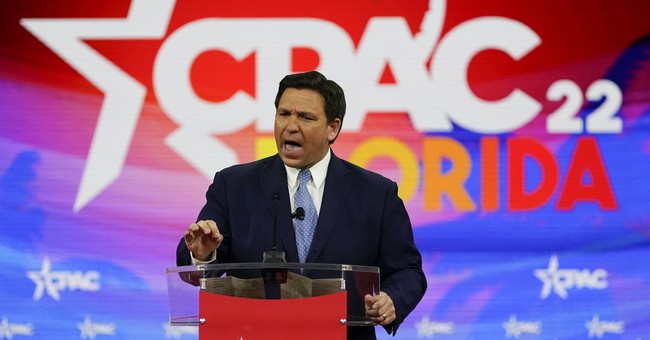 Governor Ron DeSantis' (R) office issued a warning to Antifa cells in Florida to not carry out any violent actions in response to HB 1557, known as the Parental Rights in Education bill but it has also been falsely called the "Don't Say Gay" bill by liberals and the mainstream media.

Christina Pushaw, press secretary for DeSantis, also told Townhall members of the media who have uncritically repeated the false "Don't Say Gay" talking point is partly responsible for stirring up far-left groups.  The Florida Youth Liberation Front, which is part of the Antifa movement, last week called for a national "mobilization" of their comrades to carry out actions in opposition to the bill.

"Yes, at least in part. We believe individuals are ultimately responsible for their own actions, but the irresponsible, misleading, and inflammatory media coverage of this bill has prompted these protests and calls to action," said Pushaw.

"The governor’s office respects the right of any U.S. citizen – anywhere – to peaceably exercise their First Amendment rights and express their opinions, even if we may find those opinions objectionable or uninformed. In Florida, we do not tolerate violent protests or rioting, and anyone who riots or engages in political violence will be brought to justice – regardless of which groups they may be affiliated with," she continued.

The "controversial" portion of HB 1557 prohibits teachers from discussing sexual orientation and gender identity with students below third grade. The word "gay" does not appear a single time in the bill:

"Classroom instruction by school personnel or third parties on sexual orientation or gender identity may not occur in kindergarten through grade 3 or in a manner that is not age appropriate or developmentally appropriate for students in accordance with state standards."

"We hope the truth becomes more widely expressed to the public. Most people in Florida and in the nation support this legislation, and most parents do not feel comfortable with classroom instruction for very young children on topics like gender transition and sexuality," said Pushaw. "Citizens can advocate for or against any legislation they want, but Governor DeSantis will always stand for parental rights and child protection."