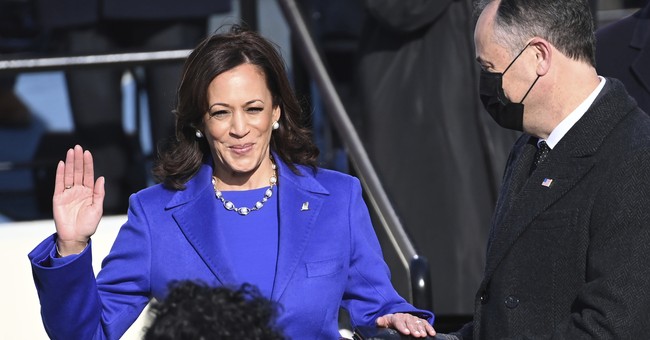 The Los Angeles Times got an earful from users on Twitter after the paper announced a new project dedicated to covering Vice President Kamala Harris' "historic rise to the White House" since she is the "first vice president who is Black, South Asian, female and the direct descendants of immigrants."

Accompanying the announcement is a glorifying picture of Harris with a link to an Instagram account that mainly features Harris' tweets, praise for her, and random facts.

Kamala Harris is the first vice president who is Black, South Asian, female and the direct descendants of immigrants.

Introducing “Covering Kamala Harris,” a beat dedicated to her historic rise to the White House.

So far, there is nothing critical about Harris on the new Instagram account. The LA Times's new project is interesting to see after the mainstream media went after conservative media on their coverage of former President Trump, are now doing the same thing they were complaining about during the Trump years.

Users on Twitter - both conservatives and liberals - were more than happy to tear the project apart.

An entire beat for soft-focus coverage of the vice president doesn't seem like a great editorial decision. https://t.co/jg7WN1IjLN

Maybe commit to a beat holding her accountable now that she’s in an awesome position of power, like journalists should do. It’s not our job to write her origin story. https://t.co/mXTj7KmvVN

It'd be nice if the media gave Biden and Harris a few weeks to settle into power before beating them up this way. Sheesh. I mean, I'm as in favor of an adversarial press as the next person, but there are limits or decency and respect. https://t.co/ZSL27ux2ls

the team that failed to hold Kamala Harris to account in California says they will do more cheerleading. https://t.co/hx2dvdfiRS

How has this not been deleted? https://t.co/unWgKcjosd

"Thanks to everyone for your feedback. This account, and our reporting on VP Kamala Harris will be held to the same journalistic standards as the rest of our reporting. We will provide critical reporting of Kamala’s policies and activities as well as coverage of her impact on culture," the account said.