DC Mayor Wants National Guard When Trump Supporters Come to Town, But Not During Summer Riots 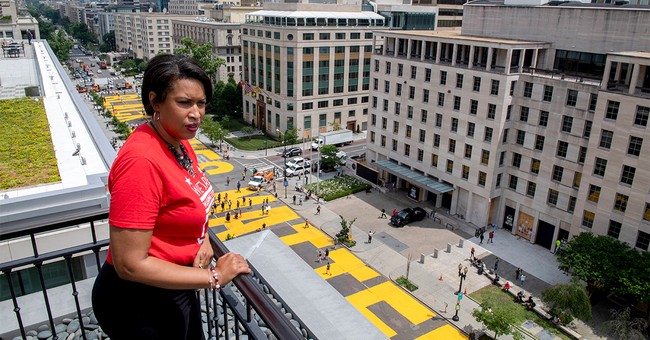 Washington, D.C. Mayor Muriel Bowser (D) put in a request to the National Guard to have National Guardsmen be activated to help the D.C. Metro Police Department maintain order since a large number of Trump supporters are coming into the city this week.

"DCNG will support operation for both the Metropolitan Police Department and the DC Fire and Emergency Medical Services. Finally, No DCNG personnel shall be armed during this mission, and at no time, will the DCNG personnel or assets be engaged in domestic surveillance, searches, or seizures of US persons," Bowser wrote in her letter. Acting Defense Secretary Christopher Miller approved the request.

JUST IN - Washington DC @MayorBowser is requesting support by the National Guard for January 6th. pic.twitter.com/ZfSK9ZrG6O

Bowser had a different tune about the military presence in the city during the height of the riots in the summer, which Trump supporters were not engaging in.

"I request that @realDonaldTrump withdraw all extraordinary federal law enforcement and military presence from our city," Bowser tweeted on June 4 while sharing the letter she wrote to President Trump.

"I write to inform you that, with last night's curfew ending at 6:00 a.m. today, I have ended the state of emergency in the District of Columbia related to demonstrations. The protests have been peaceful, and last night, the Metropolitan Police Department did not make a single arrest," Bowser wrote.

I request that @realDonaldTrump withdraw all extraordinary federal law enforcement and military presence from our city. pic.twitter.com/AvaJfQ0mxP

With Antifa/Black Bloc and BLM groups planning to once again counter-demonstrate the Trump supporters this week, Bowser encouraged D.C. residents to stay home.

I am asking Washingtonians and those who live in the region to stay out of the downtown area on Tuesday and Wednesday and not to engage with demonstrators who come to our city seeking confrontation, and we will do what we must to ensure all who attend remain peaceful.