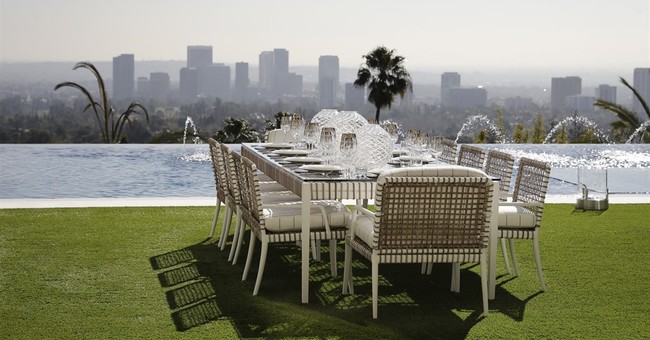 A Los Angeles County supervisor was caught eating at her favorite restaurant outdoors hours after she voted to ban outdoor dining because it was too dangerous due to rising COVID-19 cases.

Fox 11 reported on Monday Supervisor Sheila Kuehl ate at Il Forno Trattoria in Santa Monica hours after she stated that eating outside was “a most dangerous situation” and "this is a serious health emergency and we must take it seriously."

COVID-19 cases are surging across LA County, rapidly approaching the all-time high late July numbers. With the recent vaccine news, we can see the light at the end of this tunnel -- but until then, we need to double down and do our part to #SlowTheSpread. https://t.co/JgMA1pE3q8

The motion to ban outdoor dining was passed 3-2, with Kuehl voting in favor of it. Fox 11 received "multiple" tips after Kuehl ate outdoors and her office confirmed the incident:

"She did dine al fresco at Il Forno on the very last day it was permissible. She loves Il Forno, has been saddened to see it, like so many restaurants, suffer from a decline in revenue. She ate there, taking appropriate precautions, and sadly will not dine there again until our Public Health Orders permit."

The restaurant said they did not want to get involved.

Kuehl's hypocrisy is sure to not go over well with restaurant and bar owners who were shut down to just take out and delivery once again after spending what little money they have on trying to comply with outdoor dining rules.

"They shut us down. I kept changing, doing everything they wanted. I did the plexiglass, I did temperature checks. They reopened us, things started to pick up, they shut us down again. I went through my [Paycheck Protection Program] in two months. I have a disaster loan that's almost gone. I've spent $100,000 doing the changes they wanted me to do," bar owner Angela Marsden told Townhall at an anti-lockdown protest.

"All of us had to make those changes, all of us had to do that, and they shut us down...I finally had enough. I can't do it anymore. Somebody's got to do something and say something," she added.