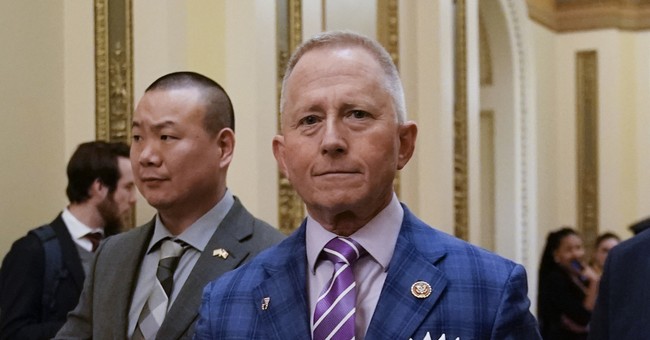 New Jersey Congressman Jeff Van Drew took a political risk after he switched from being a Democrat to a Republican during President Trump's impeachment saga. He was challenged this election cycle by Amy Kenndey and it looked as though Democrats were going to expand their majority.

After election night, however, the opposite proved true and Van Drew emerged the victor for New Jersey's 2nd District. He told "Fox & Friends" on Monday that he won because people are seeing how far to the left the Democrat Party is moving.

"The risk was worth it, essentially because really to condense it down the Democratic Party has changed a great deal, and it’s changing more. And you saw that by even the number of moderates that lost in this last election right here who were Democrats. And that’s going to continue because whatever they try to do and whatever they say, at the end of the day it is very progressive, extreme, radical people that are controlling that party into the future, and that’s not what Americans want," Van Drew said.

"Americans love their country and that’s what the election was about. It was about which path we were going to take. Mrs. Kennedy’s path, which was a radical path, which was one that, you know, believes in the Green New Deal, believed in defunding police, believed in sanctuary cities, believed in open borders, believed in not supporting our military, or was it the path of a strong and good America that we love, that we can make even better," he continued. "We can always make it better, but that we support this great and wonderful nation, a nation that we should be proud of."

Virginia Congresswoman Abigail Spanberger (D) sharply criticized the progressive wing of the party because she also believes they are the reason why the projected "Blue Wave" in the House did not happen.

"If we run this race again we will get f*cking torn apart again in 2022," Spanberger said.