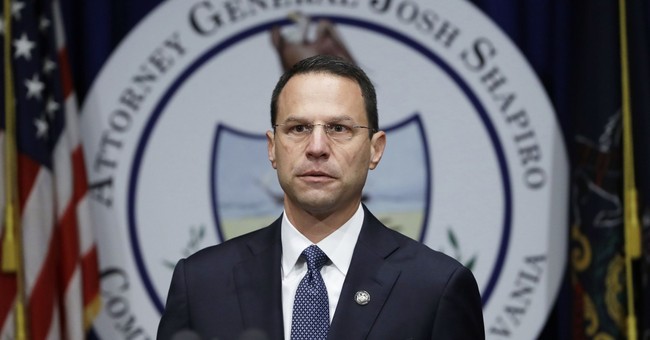 Pennsylvania Attorney General Josh Shapiro put the blame on potential riots in reaction to the Election Day results on President Trump. This came after Shapiro proclaimed Trump would lose the state before votes were tallied.

“He’s very focused on the Supreme Court, which allowed the decision for ballots that are postmarked by today to arrive for three days after today and still be counted. He apparently is dead set against that and now even threatening, somehow, it will lead to violence? How does that strike you?” CNN anchor John Berman asked.

"Well, first off, this isn’t new. We count ballots that are postmarked by Election Day and come in after. Military ballots, for example. Other states allow this to occur and it’s going to occur here in Pennsylvania. I don’t care what the President says. Look, and as for the calls for violence that I guess he was tweeting about last night, I just want to say this — you know, I was driving through Philadelphia last night, and there are storefronts already boarded up because of this violence that the President keeps talking about, and I believe that that’s similar in other cities. There is a high cost to the President’s rhetoric," Shapiro said.

"You know, he may have lost in court against us every single time and your fact-checkers may point out routinely that he lies, but there’s still an effect to his rhetoric and it is dangerous, and it is scary, and it is something that certainly we’re prepared for in law enforcement, but I think all of us as Americans need to come together and reject that type of cynicism, reject that type of call for violence and destruction in our community, and recognize that we’re all in this together and we’ve got to be together in order to meet the many challenges we face," he added.

Pennsylvania’s AG @JoshShapiroPA: "I was driving through Philadelphia last night. And there are storefronts already boarded up, because of this violence that the president keeps talking about, and I believe that that’s similar in other cities." pic.twitter.com/FJloYZKrsl

Cities across the United States are bracing for riots, but many of the planned protests that are set to take place tonight are not organized by Trump supporters. As this summer has shown us, the overwhelming majority of violence and riots have come from anti-Trump groups and individuals.

Washington, D.C. is preparing for the worst as storefronts and apartment complexes have boarded up their windows for what is expected to be a hectic night.