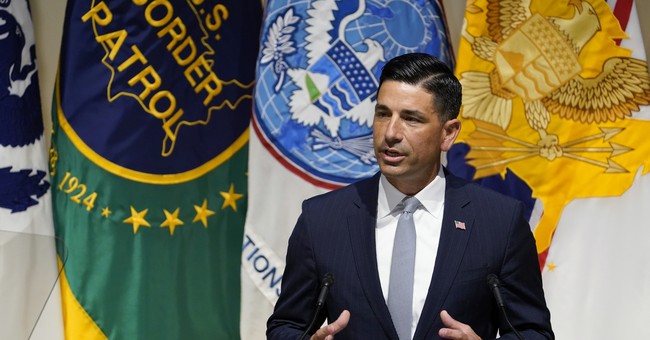 The U.S. Department of Homeland Security unveiled the new Center for Countering Human Trafficking on Tuesday, a first of its kind center that will directly be supporting "federal criminal investigations, victim assistance efforts, intelligence analysis, and outreach and training activities related to human trafficking and forced labor."

In a press release, DHS said the center, based in Washington, D.C., is being led by U.S. Immigration and Customs Enforcement and it has been operational since September of this year. DHS officials, such as those with Homeland Security Investigations (HSI), will be providing help to the center.

"Human trafficking is modern-day slavery. There is no other way to say it,” said Acting DHS Secretary Chad Wolf. "The words are strong because the actions are evil. The forms of exploitation, sex trafficking, forced labor, and domestic servitude that constitute human trafficking are antithetical in every way to the principles of human dignity that Americans hold dear. The launch of this Center for Countering Human Trafficking represents the investment of resources, attention, and time by President Trump to combat and dismantle all forms of human trafficking."

According to DHS, in fiscal year 2019, ICE initiated 1,024 human trafficking and forced labor-related cases which led to 2,197 criminals being arrested, which resulted in nearly 700 convictions and more than 400 victims being rescued.

.@DHSgov’s Center for Countering Human Trafficking will further advance our continued role in investigating and preventing all forms of human trafficking, exploitation, and forced labor. pic.twitter.com/HBtX5qdXTL

While tackling the issue of human trafficking is certainly an enormous undertaking, the journalists who were in attendance for the official unveiling of the center appeared to not be all that interested in finding out more about it. After remarks were given by Wolf and ICE Senior Official Performing the Duties of Director Tony Pham, no reporter took the opportunity to ask a single question.

Wonder why the you never hear about @realDonaldTrump administration’s work to combat human trafficking?

Today Trump Admin announced the first Govt. Center For Countering Human Trafficking in the US. They asked if the press had any questions.

This is what happened... *crickets* pic.twitter.com/lio4BwWoKi