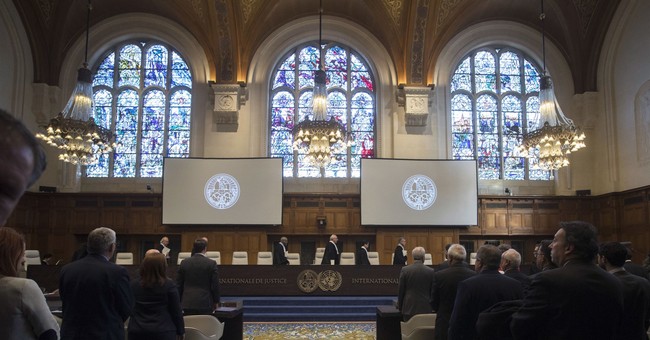 Ohio state Representative Tavia Galonski (D) announced on Sunday via her Twitter account that because President Trump continued to promote Hydroxychloroquine as a treatment for the Wuhan coronavirus, she'll be referring him to the International Court of Justice for crimes against humanity.

Galonski said Sunday's "press conference was the last straw. I know the need for a prosecution referral when I see one."

I can’t take it anymore. I’ve been to The Hague. I’m making a referral for crimes against humanity tomorrow. Today’s press conference was the last straw. I know the need for a prosecution referral when I see one. https://t.co/XQin24gqY4

Hydroxychloroquine is normally used to treat patients with malaria and sometimes lupus and arthritis, but it has shown some promising results for patients with COVID-19. Because of early results in some patients with the novel virus, Trump has been a heavy promoter of the drug.

“It’s a game changer. It’s an absolute game changer. … I think this is the beginning of the end of the #pandemic. I’m very serious.” pic.twitter.com/F716IhtEvA

Trump’s conduct easily satisfies all 3 elements of involuntary manslaughter. In fact, his gross negligence is beginning to look more like conduct evincing a “conscious disregard of an extreme risk of death/serious bodily injury = the standard for depraved heart/2nd degree murder. https://t.co/XVHYy5CqWU