Tom Steyer: I Can Beat Trump Because He's 'Racist' and 'Hates Most Americans' 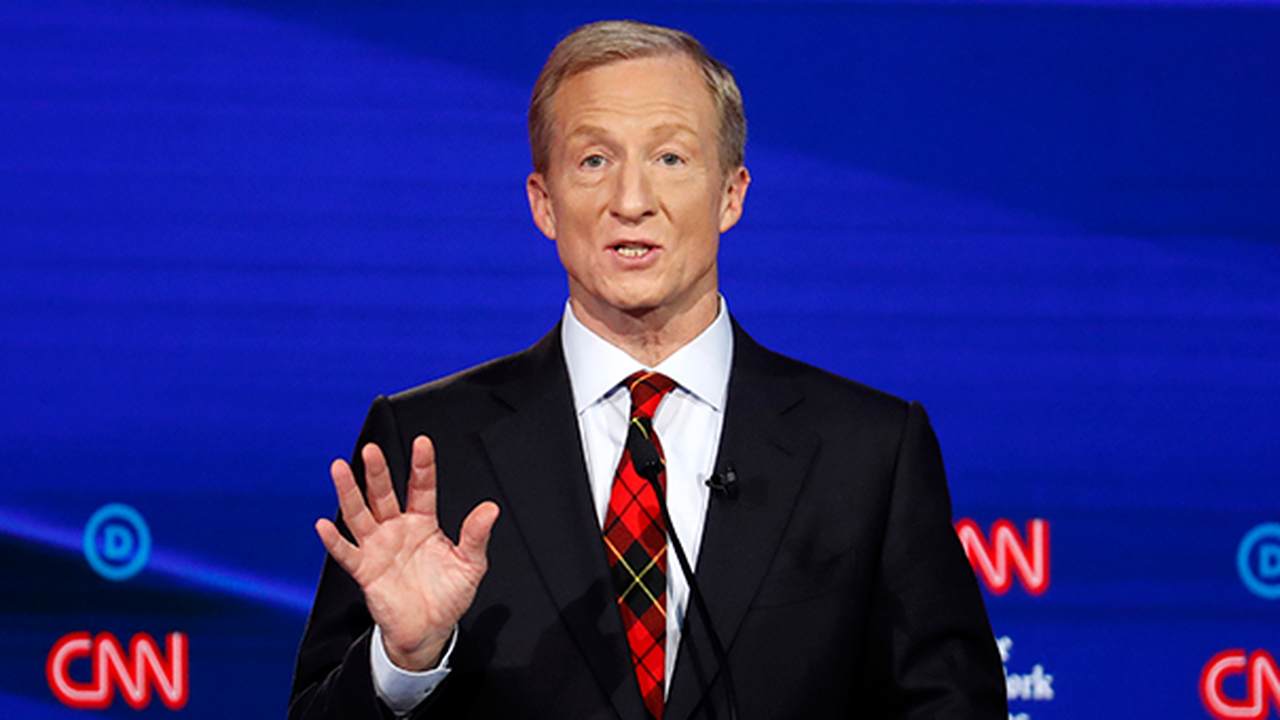 Democratic presidential candidate and billionaire Tom Steyer continued his jabs at President Trump, saying he can win against him in November because Trump is a "racist" who "hates most Americans."

Steyer said Trump's only strength is campaigning on the economy and he alone can beat Trump on the issue because of his long track record of successful businesses.

"We know what Mr. Trump is running on because he is not a subtle man. He says it all the time. He said it very clearly in December in Florida to a group of American citizens. He was at the American Israeli conference and he looked at a group of people like you and he said, 'You do not like me and I do not like you. But you are all going to vote for me because if the Democrats get control of this economy, they are going to destroy it in 15 minutes, so even though you do not like me, you all have to vote for me.' That is his campaign," Steyer said.

"Let me elaborate — that is what he said. Let me interpret what he really meant to say — what he really meant it to say was, 'I am a credible — criminal. I despise 80% of you and you despise me. If I came to Iowa City, you would not let me in the front door of your house and you would never let me sit down to eat dinner with your family,'" Steyer continued.

"That is his honest to God campaign. He is a racist too, he hates most Americans, but he is going to run on the economy. We have to beat him on the economy and I can do that," he added.

Steyer is currently polling at an average of 3% percent in Iowa and 1.8% nationally, according to RealClearPolitics. He had blanketed the airwaves with calls to impeach Trump long before the inquiry started in late 2019 before jumping into the race.