USA Today Op-Ed: It Is 'Terrifying' Other Parishioners Were Armed During Texas Church Shooting 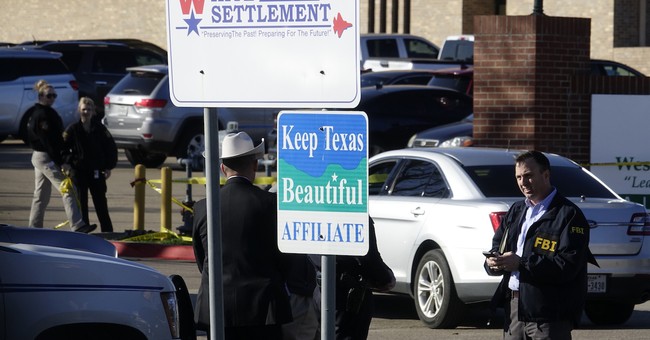 An op-ed penned by Elvia Díaz for the Arizona Republic and USA Today said it is "terrifying" there were other people who were armed at the West Freeway Church of Christ when it was attacked by a gunman on Sunday.

Jack Wilson was the heroic volunteer security guard who took down the shooter within six seconds of the attack. Two of the church's parishioners were killed when Wilson used one round from his SIG P229 to kill the gunman.

"Jack Wilson is a hero alright. It took him only six seconds to kill a gunman at a Texas church, saving countless lives. Unfortunately, that kind of split-second heroism has been turned into a PR tool by gun advocates," Díaz lamented. "The church’s volunteer security team member is a firearms instructor, gun range owner and former reserve deputy with a local sheriff’s department..."

After praising Wilson's heroism, the op-ed then states, "The real story here isn't heroism," but "have we really reached a point when each of us need to carry a firearm anywhere we go? Gun advocates certainly think so."

"We know firearms are readily available to anyone who wants one, really. And that’s part of the problem. Sunday’s shooting isn’t just about Jack Wilson’s heroism. It’s about how [the gunman] got a hold of a weapon in the first place, given his criminal record," Díaz adds.

Opinion: Jack Wilson is exactly the type of person you want around with a gun because he's a firearms instructor. But we know nothing about the at least six other parishioners who also appeared to draw their handguns. And that's terrifying. https://t.co/od0vfGftjU

"Jack Wilson is a hero alright. It took him only six seconds to kill a gunman at a Texas church, saving countless lives.

Unfortunately, that kind of split-second heroism has been turned into a PR tool by gun advocates."

"Sure, the other 6 people who lawfully drew firearms during the attack didn't behave inappropriately and didn't shoot any innocent people but they COULD HAVE and that's terrifying!"

"This thing that didn't happen—and doesn't happen—could have happened, so we're actually right."

After the attack, Wilson praised God.

"I’m thankful to GOD that I have been blessed with the ability and desire to serve him in the role of head of security at the church. I am very sad in the loss of two dear friends and brothers in CHRIST, but evil does exist in this world and I and other members are not going to allow evil to succeed," Wilson said following the incident."Please pray for all the members and their families in this time. Thank you for your prayers and understanding."