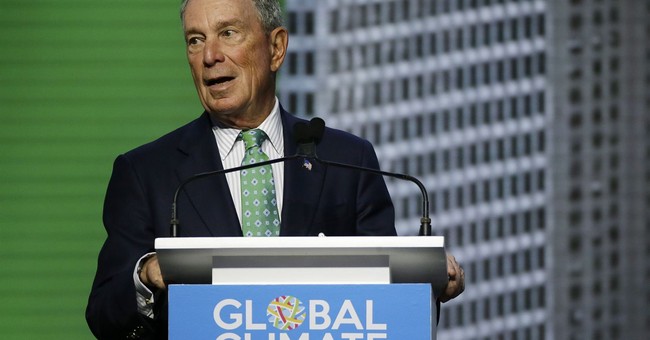 President Trump's 2020 campaign announced they will no longer provide press credentials to Bloomberg News reporters for their events after the outlet revealed they will not investigate owner Michael Bloomberg or any of the other Democratic presidential candidates.

Bloomberg, who started the outlet in 1990, jumped into the crowded Democratic field in November and is using his wealth to self-fund his campaign. He does not allow his company's reporters to look into his life or his other ventures.

"Bloomberg News has declared that they won’t investigate their boss or his Democrat competitors, many of whom are current holders of high office, but will continue critical reporting on President Trump," he said. "As President Trump’s campaign, we are accustomed to unfair reporting practices, but most news organizations don’t announce their biases so publicly. Presented with this new policy from Bloomberg News, our campaign was forced to determine how to proceed."

Bloomberg News Editor-in-Chief John Micklethwait responded to the announcement by saying they have covered Trump "fairly and in an unbiased way since he became a candidate" and they will continue to do so.

Bloomberg News editor John Micklethwait hits back: "The accusation of bias couldn't be further from the truth. We have covered Donald Trump fairly & in an unbiased way since he became a candidate..and will continue to do so despite the restrictions imposed by the Trump campaign."