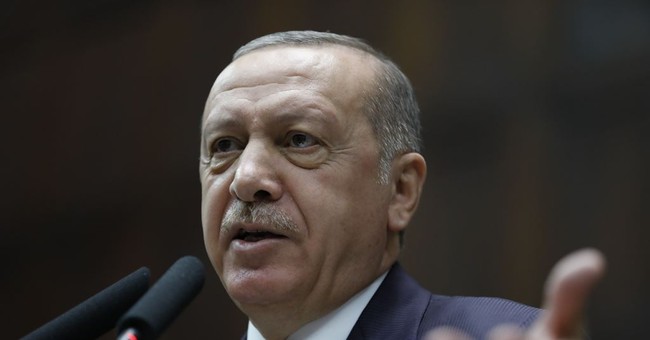 Erdogan tweeted the mission is designed "to prevent the creation of a terror corridor across our southern border, and to bring peace to the area" and preserve Syria's territorial integrity and liberate local communities from terrorists."

The Kurds, who have fought alongside U.S forces against ISIS, are in charge of the camps where thousands of ISIS fighters and their families are being held.

The media spokesman for the Syrian Democratic Forces said there is "a huge panic" because "Turkish warplanes have started to carry out airstrikes on civilian areas."

Turkish warplanes have started to carry out airstrikes on civilian areas. There is a huge panic among people of the region.

The White House announced late Sunday night the withdrawal was happening because "Turkey will soon be moving forward with its long-planned operation into Northern Syria" and the United States will not be involved. They said Turkey will be in charge of the camps ISIS fighters are being held in.