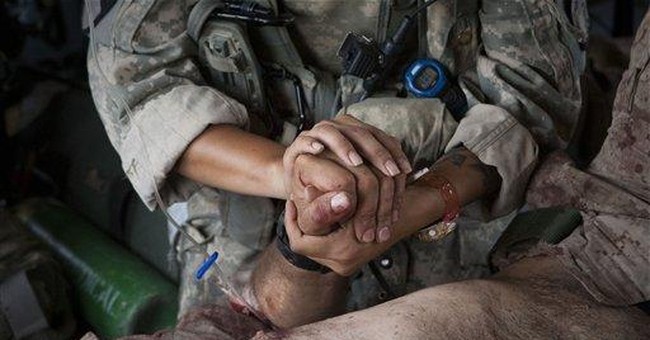 Update: The contractor has reportedly been found alive.

Resolute Support, the NATO mission to train, advise and assist Afghan security forces, announced on Monday three U.S. service members and one contractor were killed by an improvised explosive device.

Three U.S. service members were also wounded by in IED attack that took place near Bagram Air Base. The wounded were evacuated and are receiving medical treatment.

The identities of those that were killed are being withheld for 24 hours to ensure next of kin has been notified.

The Military Times reports the Taliban claimed responsibility for the attack. The terror group used a suicide vehicle-borne IED.

Then-Secretary of Defense James Mattis opposed the idea which ultimately led to him submitting his letter of resignation and subsequently forced out by Trump at the beginning of 2019.
Share this on Facebook
Tweet
Loudoun County Superintendent Warned School Board of Alleged Sexual Assault Incident in May
Landon Mion
Abortion-Obsessed McAuliffe Claims There's 'Probably Not a More Important Question,' But Voters Say Otherwise
Rebecca Downs
Kamala Harris' Tie-Breaking Vote Needed to Confirm Biden Nominee