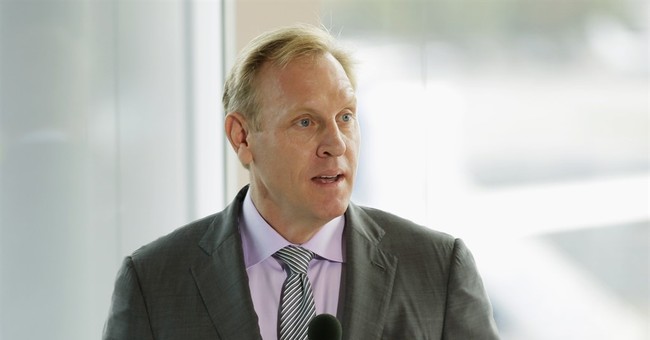 Acting Secretary of Defense Patrick Shanahan made an unannounced visit to Afghanistan over the weekend amid ongoing peace talks.

“In Afghanistan, the secretary is meeting with President Ashraf Ghani to discuss a broad range of defense issues. While there he is also meeting with Coalition troops in support of Afghan forces as they lead the fight to defend their country,” the Pentagon released in a statement on Monday.

Great to have @DepSecDef Acting Secretary Shanahan here visiting with the service members- these men and women are fighting to protect America; denying safe haven to terrorists across Afghanistan. pic.twitter.com/GfcjAQrdLK

Current peace meetings between the Afghan government and the Taliban are still in progress. A plan has been tentatively agreed upon for the terror group to not let Afghan territory to be used as a “platform for international terrorist groups or individuals” and the U.S. withdrawing its forces.

2/4
We made significant progress on two vital issues: counter terrorism and troop withdrawal. That doesn't mean we're done. We're not even finished with these issues yet, and there is still work to be done on other vital issues like intra-Afghan dialogue and a complete ceasefire.

“It always gets back to assurances,” Shanahan said, according to Military Times. “There's risk-taking but there have to be assurances. And putting in place the mechanisms to get people the confidence to take the risk.”

“I think the U.S. military has strong security interests in the region. It’s presence will evolve out of those discussions,” he continued. “We are going to leave it to the teams to start to look at what mix, combination makes the most sense.”

While there are reports the Trump administration is considering withdrawing half of the 14,000 American troops that are currently in Afghanistan, Shanahan said he has not been given such orders.

“I have not been directed to step down our forces in Afghanistan,” he said.

His next stop on his trip abroad is at NATO headquarters in Brussels:

I look forward to discussing with @GavinWilliamson this vision, our strong UK-US relationship, and our firm commitment to @NATO, this week at the NATO DefMinister's meetings.