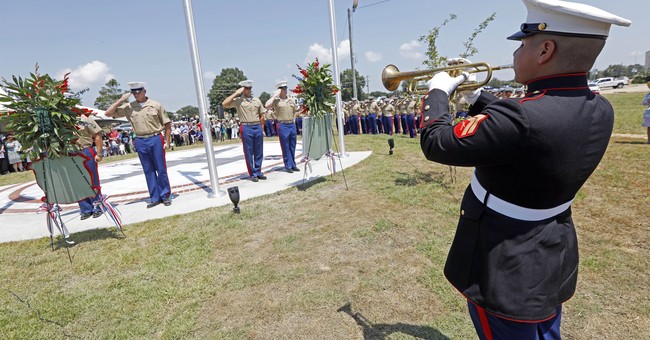 Marine Corps Recruit Training Depot Parris Island announced on Friday they will be integrating males and females of 3rd Recruit Training Battalion for the first time in history. The Marines has been the only branch that have kept both genders separate during basic training.

“Third Battalion is comprised of male recruits; however, in this instance a platoon of female recruits will be part of the training company,” MCRD Parris Island said in a statement. “The decision was made by Marine Corps leadership in support of training efficiency and is a first in the history of Marine Corps recruit training.”

“About 50 female recruits, which is smaller than what is typically part of a training cycle, are prepared to begin training at the depot on Jan. 5. The Program of Instruction (POI) remains unchanged and the recruit training order continues to be the standard for training recruits.” it added.

The statement said the platoons will have more interactions with each other as they complete the 13 weeks of training:

Per the training order, platoons, both male and female, are the primary formation for initial training, and they progressively combine for larger training events as the program continues. This model enables appropriate acclimation to the training environment, development of relationships with drill instructors, and focus during the transformation of young women and men into United States Marines.

Company staff continue to be of both genders, and the platoon staff will continue to be comprised of Drill Instructors of the same gender as the recruits. This training cycle of about 300 recruits will provide Recruit Depot staff a unique opportunity to assess outcomes, achievements and challenges in training, logistics and resource impacts of this company training model.

Currently, only female recruits are sent to Parris Island, South Carolina for bootcamp. The Marine Corps has only one other recruit depot at MCRD San Diego, which is all-male and where I completed my training (and is the tougher one).