John Hanlon
|
@johnhanlon
|
Posted: Jan 12, 2010 5:00 AM
Share   Tweet
After Martha Coakley and Scott Brown became their parties' respective candidates in the Massachusetts Senate race, Coakley immediately became the heavily- favored candidate to take Ted Kennedy's former seat. Even in the wake of several polls showing that the race is getting tighter, it is still likely that she will be the next Senator from the Bay State. However, every day news articles seem to confirm how close this race has become and how Scott Brown is quickly gaining support. 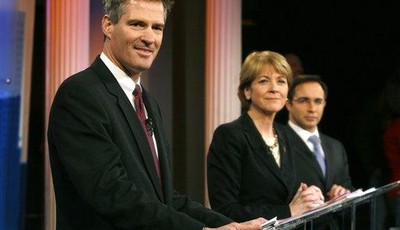 Yesterday, a Boston Globe article highlighted how Coakley is trying to take control of this race from Brown. That article noted a variety of news items that point to the fact that Coakley’s team is a bit nervous about the momentum that seems to be moving in Brown’s direction and how they are doing everything they can to overcome it.

The Globe article stated that “Early in the race, Coakley would barely utter Republican nominee Scott Brown's name. This morning, she said it about a dozen times in 10 minutes.” If Coakley was coasting to this seat, there would be no need for her to go after her opponent, especially this late in the race. Instead, she would just focus on a more positive campaign. That is clearly not happening in Massachusetts.

In fact, Coakley has copied the Obama/Pelosi strategy of attacking former President Bush. The article stated that Coakley “criticized his [Brown's] stance on health care, gay marriage, and taxes as she sought to link Brown to former president George W. Bush.” Bush may be unpopular in the Bay State but one wonders if voters are more concerned about the issues of today or a president who has been out of office for approximately a year. This tactic of comparing President Bush and Scott Brown shows that Coakley is relying on the same tactic that got numerous Democrats elected in 2008. Fortunately, Brown fought back against Coakley's argument in the Senate debate last night stating, according to the Globe, “You can run against Bush-Cheney, but I’m Scott Brown…I live in Wrentham. I drive a truck.’’[# More #]

Lastly, the Globe article about Coakley going on offense stated that the DNC is sending in an operative to help Coakley and former President Bill Clinton will be campaigning for Coakley at the end of this week. Signs like that point to the fact that, in addition to Coakley, the Democratic Party seems nervous about a race that has been tightening over the last few days. A Brown upset would mean a Republican winning Ted Kennedy's former seat in the midst of a health care debate. That would be hugely embarrassing for both President Obama and the Democratic party and would likely foreshadow even more problems for Democrats in November.

Regardless of the nervousness of the Coakley campaign, this will still be a tough race for Brown to win. He is still down in a lot of the polls coming out. However, he is gaining momentum and the fact that Coakley is now treating this like a real race shows that Kennedy’s Democratic Senate seat is not as safe as many Democrats believed it was a few weeks ago. With one week to go before the election and Brown doing some serious last- minute fundraising, this could end up being a very tight race come election day.