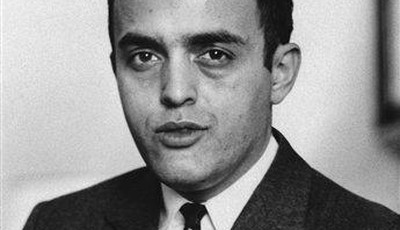 At the end of his memoir The Prince of Darkness: 50 Years Reporting in Washington, Robert Novak wrote the following:

I'd like to think that I emulated Bertrans de Born in stirring up strife but not in wreaking havoc, so that I will avoid an eternity in purgatory with my head in my hand. At least I hope so.

Bob Novak, who passed away on Tuesday, was known as a great reporter and columnist and his book was a testament to his long career of covering politics in Washington D.C. He was a classic reporter whose stories and scoops will not soon be forgotten.

Although I did not know Mr. Novak personally, I was able to watch him give a few speeches while he promoted his book several years ago. He had hundreds of interesting stories to tell from his experiences riding around D.C. with John F. Kennedy to his close relationship with Karl Rove. Fortunately, he was able to share many of his wonderful stories in that book, which I highly recommend to those who want a first-hand account of over fifty years of insider politics in our nation's capital from a well-respected reporter who covered it.

Many young people, including myself, first became aware of Novak because of his spirited debates on the CNN show Crossfire where Novak faced off against such liberals as James Carville and Paul Begala. Although I often disagree with Novak's one-time debating adversary Begala, I met him after a screening of the show once and he seemed like a geniunely classy guy. A new column by him about his friendship with Novak confirms that simple fact. Begala wrote the following about his departed colleague:

Novak left this world on Tuesday, but he also left his mark. Needless to say I disagreed with Bob about virtually every political issue, and sometimes our on-air debates continued as profanity-laced shouting matches after the show ended. Despite our profound differences, though, we were friends.

Since Novak stopped writing his columns several months ago, I have missed his insider information about the news. One can only imagine what Novak would be writing about the behind the scenes secrets of the health care reform debate. Some on the left and some on the right may have disagreed with Novak's stances on certain issues but most will likely agree that he succeeded in stirring up strife for politicians from both sides of the aisle and for that, we should all be grateful to the so-called "Prince of Darkness".
Trending Townhall Video
MSNBC's National Political Correspondent Gives Democrats the 'Bad News' for Midterms
Leah Barkoukis