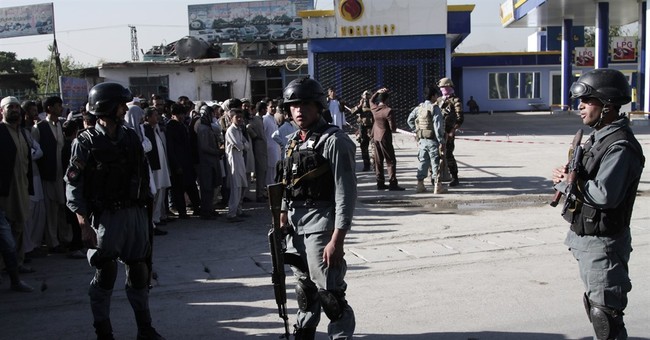 What appeared to be four construction workers driving flatbed trucks to a work site turned out to be something far worse Tuesday.

Afghan intelligence officers working for the Afghanistan's National Directorate of Security (NDS) captured the vehicles and discovered over three tons of explosives in the possession of four Taliban militants. The trucks were traveling on a highway leading to Kabul, Afghanistan's capital.

Under the construction materials in the beds of each truck, officials found 60 bags containing explosives. The NDS has not released what type of explosives the Taliban planned to use, but the intelligence service did state that the trucks were intended to hit the capital in the week prior to Eid al-Fitr, a major Muslim holiday celebrating the end of Ramadan.

This intercepted attack would have added to the recent increase in Taliban assaults on Afghanistan in accordance with their spring offensive. The NDS also captured 11 members of the Taliban-linked Haqqani terrorist network Sunday, along with several rifles, rockets, pistols and ammunition. The group had also been plotting an attack during Ramadan.