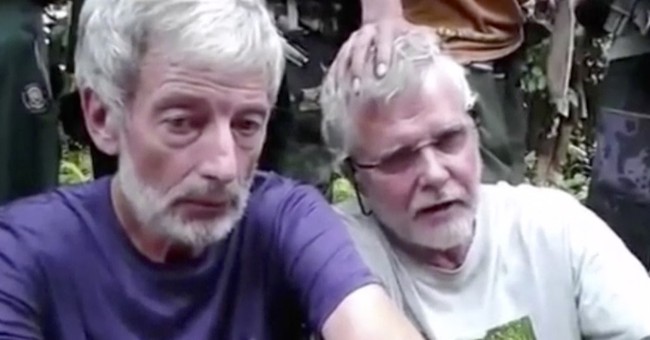 It is with deep sadness that I have reason to believe that a Canadian citizen, Robert Hall, held hostage in the Philippines since September 21, 2015, has been killed by his captors.

Hall is the second Canadian to die at the hands of Abu Sayyaf. The group beheaded Canadian hostage John Ridsdel in late April.

They abducted the Canadians along with Norwegian Kjartan Sekkingstad and Hall’s Filipina partner Marites Flor from a resort, taking the Canadians and Flor from their yacht. When Sekkingstad, the resort manager, came out to investigate the incident, the militants took him as well. The group transported the hostages 500 kilometers across the Celebes Sea, from Davao City to Jolo Island.

Abu Sayyaf pledged allegiance to the Islamic State in 2014, and takes hostages for ransom money. Its murder of the two hostages who could return the largest ransoms is strange, according to Mark Singer, a business intelligence office director for Pacific Strategies and Assessments Inc., which tracks the group. Singer was quoted in a National Post article, saying that it may be possible the group’s action “was not their traditional way of doing business.” He said the Islamic State’s involvement was not impossible.

Hall, 58, was a welder, actor, and an insurance agent. He had intended to cross the Pacific Ocean in a small boat, but chose to stop when he met 40-year-old Flor. Hall and the other hostages were revealed as prisoners through videos Abu Sayyaf released.

In his statement, Trudeau expressed sadness for Hall’s death but explained that Canada could not pay terrorists for fear of more abductions:

This is precisely why the government of Canada will not and cannot pay ransoms for hostages to terrorists groups, as doing so would endanger the lives of more Canadians.

We are more committed than ever to working with the government of the Philippines and international partners to pursue those responsible for these heinous acts and bring them to justice, however long it takes.