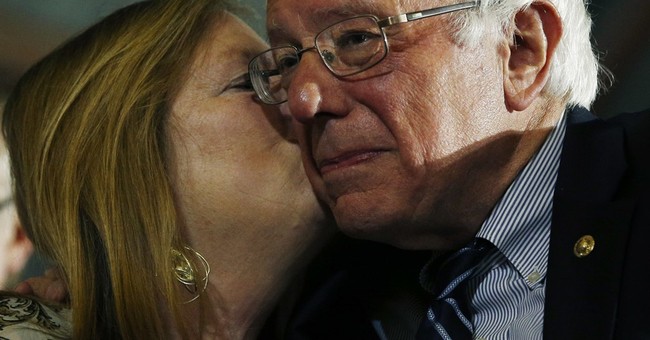 Following his decision to stay in the presidential race Tuesday, Bernie Sanders announced “The struggle continues,” a slogan that shifted his focus beyond the nomination.

Montana – Thank you all. The struggle continues! https://t.co/NM2H80ZEGG

“Our mission is more than just defeating Trump,” Sanders said to the 3,300 supporters gathered in Los Angeles, California. “It is transforming our country.”

Sanders met with President Barack Obama today, and will follow it with a 4 p.m. rally at RFK Stadium in D.C. this evening.

The senator noted that with over 11 million votes he had won 22 primaries and caucuses. He said he planned to participate in the Washington, D.C. primary and continue on to the Democratic convention in Philadelphia. A campaign fundraising email went out yesterday asking supporters to donate to “show that you want to see our fight for a progressive future continue all the way to the Democratic convention.”

@BernieSanders is asking supporters for $2.70 today because "the struggle continues." Uh, not really. pic.twitter.com/VUtHSwGOhb

“I am pretty good at arithmetic,” Sanders said in his campaign email. “And I know that the fight in front of us is a very, very steep fight, but we will continue to fight for every vote and every delegate we can get.”

Video of his speech below: