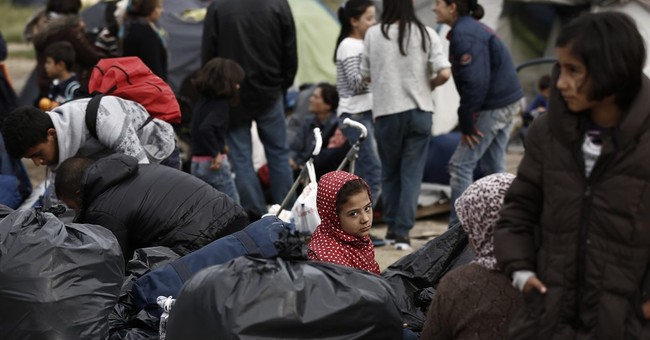 Over 900 Syrian refugees were admitted to the U.S. this month, doubling April's total. Since October 1, 2015, more than 2,700 have been granted entrance to America.

The Obama Administration promised to receive 10,000 Syrian refugees by the end of this fiscal year. The flow of refugees has rapidly increased since last February, and the State Department set a single-day record when it admitted 225 on Monday, May 23.

Though about 10 percent of Syria's population is Christian, the refugees have been almost exclusively Muslim. Of the 987 refugees who came in this month, two were Catholic. Nine hundred and seventy-eight were Sunni Muslims, while the remainder did not specify their denomination of Islam. Of the 2,723 refugees admitted to the U.S. this fiscal year, 2,700 were Muslim, or 99 percent.

A news release by the UN Refugee Agency stated that not all refugees are registering with the organization:

Some Syrians do not register out of fear. Minority communities and others fear that registration might bring retribution from other refugees or one of the many ethnic and religious groups within Lebanon. UNHCR works with various communities and religious charities to encourage them to come forward.

The chart below shows the recent increases in both the cumulative and monthly refugee totals:

A State Department official was quoted in the Washington Times as saying an increase in "process capacity" has led the government to "expect Syrian refugee arrivals to the U.S. to increase steadily throughout the fiscal year.”

The refugees who entered the U.S. this month took up residence in 30 states. Arizona received 118 and Michigan gained 102. The next highest states were Pennsylvania, California, and North Carolina. Each admitted less than 100.

Four hundred and fifty-nine of this month's refugees were boys and girls under the age of 14. The male/female distribution was 518 and 469. After the children, the next biggest age bracket was 31-40 years, which made up 16 percent, or 162 members of the group.

The Obama administration will have to admit 7,277 refugees in the next four months to reach its goal.