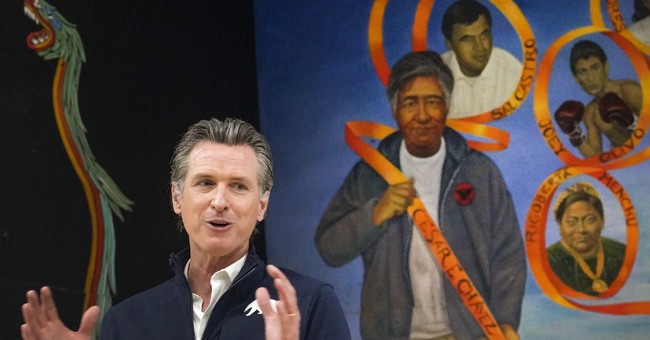 Last week, we reported on a California bill that would allow politicians facing recall petitions to see the people who signed them. On Tuesday, the senator who proposed the bill, announced that the bill will not advance this year.

According to the Sacramento Bee, Democrat State Senator Josh Newman said Tuesday that he will be pulling the bill due to the opposition from supporters of the potential recall election of Democrat Governor Gavin Newsom, as well as concerns about privacy and voter intimidation.

Newman said that he pulled the legislation because “[T]he environment is so charged around the recall that it made it hard to have a thoughtful discussion around this bill.” He also seemingly blamed the Newsom recall supporters, saying that “[T]hey were sort of leveraging this bill and representing this bill as an attack on not just the recall but on them and their constitutional rights. It wasn't a good context to have a conversation."

As we reported last week:

Newman’s bill would let the target of the recall access the names of people who signed for certain purposes. The individual signatures would be redacted. Politicians or their representatives would have to sign under penalty of perjury that they won’t share the names publicly and will only use them to determine whether signers understood the petition and want to remove their signatures. It prohibits officials from discriminating against people who sign the petition. (KTLA)

However, Newman says that the law, as it stands now, allows bad actors to “dupe people into signing a recall petition with no recourse for the target.” The current law does not allow the names of people who sign to become public information, so the subjects of recall petitions cannot see who wants them potentially removed from office, which obviously mollifies fears of retaliation from these same politicians and eases concerns regarding basic freedom of association.

Orrin Heatlie, the leader of the Newsom recall effort who testified against the bill last week, plans to keep watching and will oppose the bill should it be reintroduced, saying in a text message that “[T]his is an outright attack on people's right to privacy and serves only to intimidate those would be petitioners from signing or goad people who signed to rescind their signatures in fear of retaliation or retribution.”

This is good news, as the bill was nothing less than a power grab and clearly would have intimidated anyone who would want to potentially sign a recall petition in the future. Should this bill have passed, it also would have infringed on privacy rights and basic freedoms of association and to petition the government. This successful effort by the Newsom recall supporters should be a lesson to us all, to never be afraid to speak up or back down. By standing up to tyranny and utilizing our First Amendment rights, as our Founders intended, we could stop the Left’s constant attempts at grabbing power and control.

There’s not much that’s more American than this.