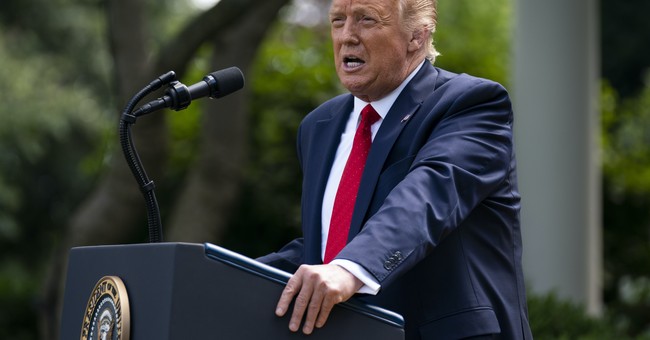 Breitbart reports from Politico, saying that out of the country’s 100 counties with majority-Hispanic populations, Trump improved his margins in 78 of them. In addition, Politico reports that the president improved his margins with Hispanics in the top ten battleground states.

The data show that many Hispanics, even though the demographic tends to vote Democrat overall, have conservative values overall, as they are working-class and support law enforcement.

From Politico over the weekend:

Despite four years of being defined as a racist for his rhetoric and harsh immigration policies, Trump improved his margins in 78 of the nation’s 100 majority-Hispanic counties. And he did better with Latinos in exit polls of each of the top 10 battleground states, a POLITICO review of election data found…

…[B]ut, in interviews with more than a dozen experts on Hispanic voters in six states, no factor was as salient as Trump’s blue-collar appeal for Latinos.

“Most Latinos identify first as working-class Americans, and Trump spoke to that,” said Josh Zaragoza, a top Democratic data specialist in Arizona, adding that Hispanic men in particular “are very entrepreneurial. Their economic language is more aligned with the way Republicans speak: pulling yourself up by your bootstraps, owning your own business.”

The data also indicates that the Hispanic population did not buy into the Left’s wokeness or seeming calls for socialism:

And then there’s the way the left spoke — or were framed by Trump’s campaign for speaking. Calls to “defund the police,” a boycott of Goya Foods and the threat of socialism turned off some Latino voters. And even using the term Latinx to describe Latinos in a way that’s gender-neutral only served to puzzle many Hispanics.

“About 97 percent of Latinos don’t say ‘Latinx,’” Zaragoza said, referring to a Pew Research poll on the subject. “We’re building strategies around young progressive activists and organizations — and they’re necessary and we appreciate what they do.

“But a lot of Latino voters are focused on ‘I’m a hardworking American trying to feed my family or build a business,’ and a lot of this language doesn’t speak to them.”

Politico continued by debunking the conventional wisdom that Hispanics favor illegal immigration, reporting that a Hispanic Democrat activist told the outlet that “for third-generation Hispanic Americans, their putting the interests of illegal aliens and foreign nationals over that of American citizens is baffling.”

No matter the outcome of the presidential election, it is undeniable that President Trump has replaced the old GOP of amnesty and pandering with the solid foundation of America first, which is a message to which everyone can relate, no matter their race, creed or culture.