Just How Many People Attended the Trump Jr./Russian Lawyer Meeting? 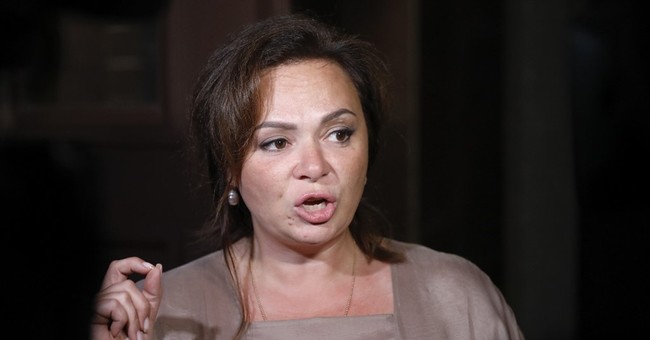 Throughout the week, additional details about the meeting's contents and attendees emerged. Trump Jr. published an email chain between himself and British entertainment executive Rob Goldstone setting up the meeting, which Goldstone attended. The email exchange included a statement from Goldstone that the source had "very high level and sensitive information but is part of Russia and its government's support for Mr. Trump."

Friday morning, AP reported that Russian-American lobbyist Rinat Akhmetshin says he also attended the meeting. Akhmetshin is a former Soviet counter-intelligence agent who was accused of hacking in 2015.

At least one member of Congress believes Akhmetshin could be involved in shady dealings.

"Republican Rep. Dana Rohrabacher, who has been lobbied by Akhmetshin, told CNN earlier this year that the lobbyist is someone with "an ulterior motive" who is 'involved with people who've got an agenda' and has 'international connections to different groups in Russia.' When asked if he thought Akhmetshin was connected to the Russian security services, Rohrabacher said: 'I would certainly not rule that out.'"

Now CNN is reporting that  "a representative of the Russian family who had asked Goldstone to set up the meeting" attended as well, but their source, who claims to be "familiar with the circumstances," would not name names. It's already known that the Russian family is the family of pop star Emin Agalarov, whom Goldstone manages.