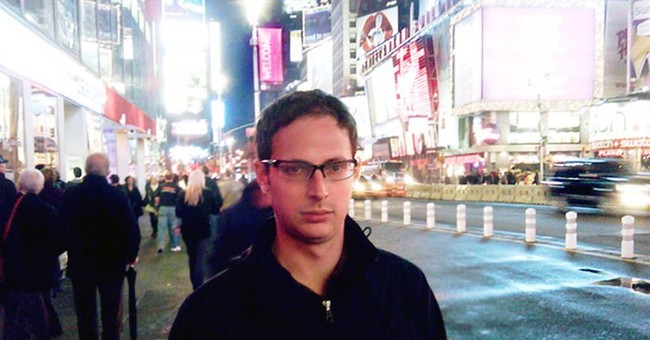 Here's what the electoral map would look like if only people who weren't burnt to a crisp in the nuclear holocaust voted. pic.twitter.com/MsrkuOjZWi

Siler jokingly insinuates Alaska, Hawaii, and Wyoming would be the only states to survive nuclear obliteration. The tweet has gone viral and has already been shared thousands of times.

The tweet is also a play off an earlier analysis by Silver where he drew what an electoral map would look like if only men, and then only women, voted in the election.

Here's what the map would look line if only women voted: https://t.co/sjVY67qouE pic.twitter.com/rrc3GuXmGl

Donald Trump has been taking heat lately for issuing a tweet calling for the United States to expand its nuclear capabilities.

According to MSNBC host Mika Brzezinski, Trump told her off-air Friday that he would be ok with a nuclear arms race. “Let it be an arms race, we will outmatch them at every pass … and outlast them all,” Brzezinski recalled Trump telling her.