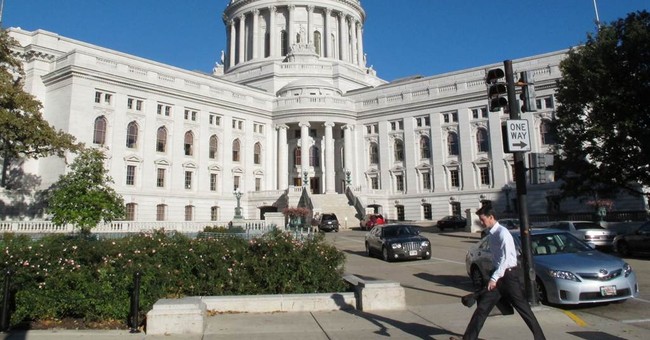 Anti-Trump forces are literally fighting the results of the Electoral College to the bitter, bitter end. Protesters at the Wisconsin state capitol disrupted the official vote count as people were simply doing their job and electors were voting for the candidate Wisconsin voters chose.

“We’re all going to go to war and die thanks to you,” one woman shouted. She went on to say that the electors “had no right.” Apparently, the Wisconsin members of the Electoral College had no right in voting for Donald Trump – the man a majority of Wisconsin voters chose in a free and fair election.

Another social justice warrior held up a sign and kept repeating the line "no Putin" over and over in a last-minute effort to persuade...someone.

As the results were announced, protesters chanted “shame!” as law enforcement tried to bring order among the chaos.

These Trump haters sure are struggling with democracy.