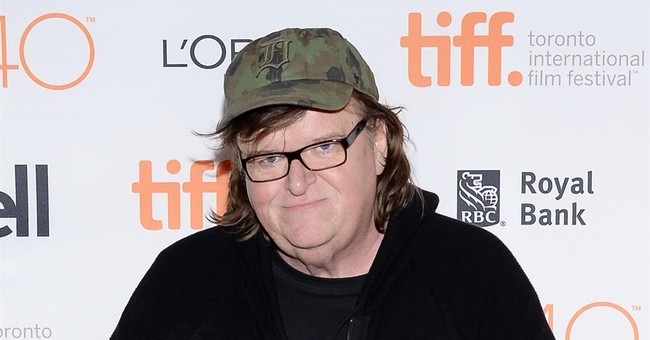 Liberal filmmaker Michael Moore is making one last plea to Republican electors before they go to their respective state capitols to vote for Donald Trump.

In a lengthy Facebook post on Sunday night, Moore offered to pay whatever fines a faithless GOP elector may endure by not voting for Trump.

So here's my offer to you: I obviously can't and won't give you money to vote tomorrow, but if you do vote your conscience and you are punished for it, I will personally step up pay your fine which is my legal right to do.

The post is extremely long and goes on to other points. He even suggested Trump may have been a party to the Russian hacking that has allegedly taken place. Read the full post here.

Moore is part of a wider anti-Trump effort to stop the president-elect from receiving the 270 electoral votes needed to reach the White House. For that to happen, anti-Trumpers would need to sway at least 37 GOP electors away from Trump – an extremely unlikely event considering only one member (Chris Suprun from Texas) has publicly said he would defy his state mandate.

That hasn’t stopped Hollywood and other liberals from trying. A few famous actors got together and made this cheesy commercial in an effort to keep Trump from reaching 270.

Compared to other means of persuasion, that was a nice strategy.

Republican electors have also been harassed non-stop by people wishing to convince them to vote for someone else. Members have detailed frightening emails and phone calls where people have threatened and tormented them into submission. Many of them have received death threats.

These efforts, too, appear to be without success.

After members of the Electoral College meet at their state capitols to vote, Donald Trump will still officially be the president-elect of the United States.