GSA Refutes Democrats' Claims That They Require Trump To Divest In D.C. Hotel 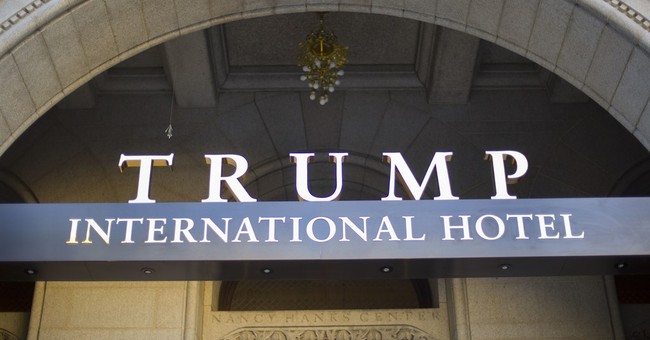 On Wednesday, four Democrats claimed that the Deputy Commissioner of the General Services Administration informed them that Donald Trump would be in violation of a lease agreement concerning his D.C. hotel upon entering the White House.

President-elect Trump’s business ties have been a point of contention for Democrats since he won the 2016 election.

Most importantly, the Deputy Commissioner informed our staff that GSA assesses that Mr. Trump will be in breach of his lease agreement the moment he takes office on January 20, 2017, unless he fully divests himself of all financial interests in the lease for his Washington, D.C. hotel. The Deputy Commissioner made clear that Mr. Trump must divest himself not only of managerial control, but of all ownership interest as well.

However, the GSA responded to the claims later that day with their own statement.

Here is GSA Statement, knocking down claim by House Dems that it has ruled that Trump will breach his contract on his DC hotel when sworn in pic.twitter.com/9CNK1NM1OK

The GSA is saying they do not have a position regarding Trump’s international hotel in D.C. and would not have one until he announces his business arrangements – something he said he won’t do until January.

It's unclear how the group of House Democrats got confused.