This County Voted Democrat for 144 Years Until Trump Came Along 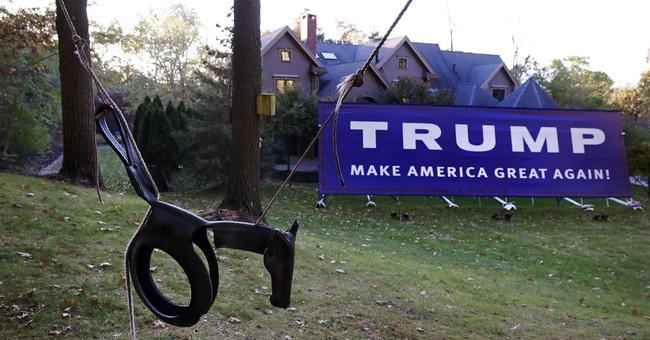 A look into one county in Kentucky deserves peoples’ attention.

Elliott county is a sparsely populated place in northeastern Kentucky. With barely 5,000 registered voters, it hardly has enough residents to sway the state’s partisan direction. However, Elliot county boasts a record above any other county government – they haven’t voted for a Republican presidential candidate in 144 years. It’s the longest recorded county streak in American history.

That record was finally broken in 2016.

A CNN special on Elliott county, Kentucky offers a snapshot into the Trump phenomena that took place across the country.

As you can see from the video, Elliott county is quite rural. Very rural. At first glance, it’s hard to wrap one’s head around the fact that residents there are still voting Democrat. This is especially true when you hear some of the featured answers.

How was Donald Trump so successful in connecting with these people when past Republican candidates have continually failed?

Marvin Adkins tells the interviewer that he’s voted Democrat all his life – including Obama twice. He then cites some of the reasons why he opted against Clinton. She was for “killing babies” and “men marrying men," he said. Adkins voted for Republican Donald Trump this go-around for the first time. This seems perplexing considering Obama has been an unapologetic proponent of abortion and came out in favor of gay marriage before the 2012 elections. Where was Adkins then?

Another woman featured – Judy Pennington – may have shed better light on how Trump was able to crack the most stubborn rural locality in the South. Pennington, 71, described herself as a lifelong Democrat who voted for Bill Clinton twice and Obama twice. She, too, voted for Donald Trump. When asked why, she said she felt Trump was speaking directly to her. Never had she felt a Republican presidential candidate cared for “the little people.” Trump’s campaign theme of justice for the working-class convinced her to change her lifelong voting habits.

Donald Trump did not come across as a regular Republican during the campaign, so it should have come to no surprise he scored on the electoral map like no other Republican before him. Trump notably won Michigan, Wisconsin, and Pennsylvania – states that haven’t gone Republican in presidential elections in decades.

He was able to do so by attracting blue-collar workers like no GOP candidate before. It probably helped Hillary Clinton came across as an elitist who publicly called for the end of coal mining jobs.

One other major detail in this special that needs to be pointed out. Everyone interviewed were rural, southern whites who… voted for Barack Obama in 2008 and 2012. A major critique from the left on Trump’s victory is that he won on the backs of racists. Are you telling me these people voted for a black president twice and then became adamant racists/sexists within a four-year time span?

We didn’t need an examination of one single county to poke holes in this leftist theory. Trump won Rust Belt states and shattered the “blue wall” to bits by conquering counties that have long voted Democrat.

And a working-class conquest by Trump did occur. Formed in 1869, Elliott county had never voted for a Republican president in its existence. It was the only rural, majority-white southern county in the U.S. to vote for Obama in 2012.

Update: This article previously stated Trump won with 77 points. This was a typo. Trump won the county with 70 points. Still a blowout and still making it a spread of 44 points.