Labor Unions Were The Other Losers On Election Day 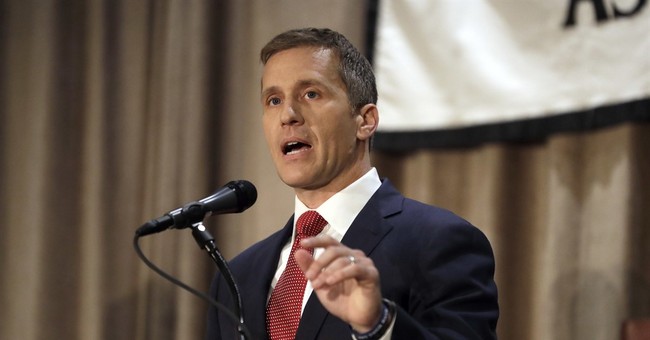 Democrats weren’t the only ones who lost big on Election Day. Labor unions lost in key states across the country in November. Having already had their power in several states constrained following the 2010 mid-terms, labor unions will now be forced to play defense in more states legislatures where Democrats have faltered anew.

Democrats lost control of the state House in Kentucky and the state Senate in Iowa. They also lost gubernatorial control in Missouri and New Hampshire. All four states will be under a Republican trifecta starting in 2017 – meaning their governors’ mansions and legislative chambers will be under complete GOP control.

This is bad news for union bosses because those pockets of Democratic checks on Republican power have been eliminated. GOP legislation has already been proposed in these states, but until now have been blocked by union-friendly lawmakers. This won’t be the case in January.

For example, Missouri Gov. Jay Nixon (D) has already vetoed anti-labor legislation during his two terms in office. He will be leaving at the end of the year and be replaced by Republican Eric Greitens (the man pictured above). Greitens and GOP leadership in the Missouri capitol will see eye-to-eye more on labor reform. In August, the St. Louis Post-Dispatch described a win by Greitens will “almost certainly, almost immediately” turn Missouri into a Right to Work state.

What will play out in the legislative sessions to follow may be a repeat of what took place after the Republican mid-term sweep of 2010 – where newly minted GOP governors and legislatures enacted legislative checks on labor power and bargaining rights. We saw this in places that were once considered union strongholds - Wisconsin, Michigan and others. The Badger State was in deep debt before Gov. Scott Walker passed a law ending labor’s stranglehold on government negotiations.

You can see why union bosses have been livid at the loss of easy revenue.

This is all happening as union membership in the United States has steadily fallen. Fifty years ago, about one out of every three workers in the U.S. belonged to a union. Now that ratio is closer to one in ten. Even without legislation targeting forced membership, it’s clear the American economy is changing.

It’s also interesting to note that, with the ascent of Donald Trump, the Republican party has seen a dramatic rise in working-class support. A once Democratic bastion, working-class voters went to the polls in droves for president-elect Trump. His coattails apparently lifted down-ballot Republicans in those areas, as well.