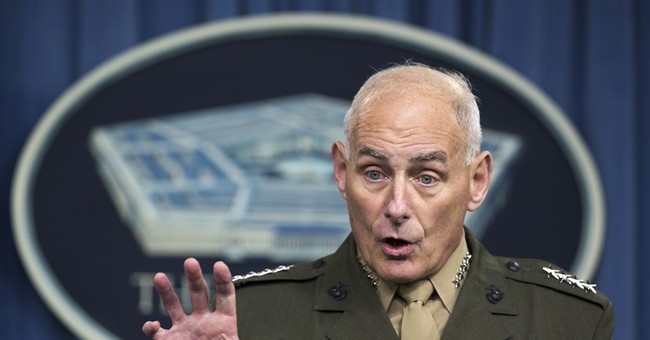 Donald Trump has chosen Gen. John Kelly to be secretary of Homeland Security. This makes Kelly now the third general to accept a position in the president-elect’s upcoming cabinet. Like Gen. Mattis, he is also a Marine. Trump’s team has yet to release a statement on the announcement.

Kelly has served nearly 46 years in the Marine Corps. He oversaw military operations in Latin America while leading the U.S. Southern Commad earlier this year. Kelly also commanded American forces in Iraq during the war and served as aide to Leon Panetta and Robert Gates. Kelly has also lost a son in combat – Robert Michael Kelly was killed in Afghanistan in 2010.

Unlike other nominees, Kelly had not endorsed Trump during the election. He even suggested he was willing to serve in either a Democratic or Republican administration.

He is now set to lead the Department of Homeland Security and be in charge of a staff around 250,000 people.