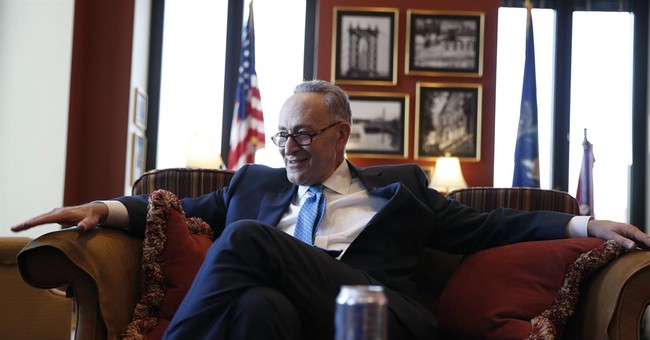 News broke Monday night that Rep. Tom Price (R-GA) was nominated to be the next Secretary of Health and Human Services. It didn’t take long for national Democrats to pounce on Trump’s pick.

"Congressman Price has proven to be far out of the mainstream of what Americans want when it comes to Medicare, the Affordable Care Act, and Planned Parenthood. Thanks to those three programs, millions of American seniors, families, people with disabilities and women have access to quality, affordable health care. Nominating Congressman Price to be the HHS secretary is akin to asking the fox to guard the hen house," incoming minority senate leader Chuck Schumer said in a prepared statement.

Rep. Price ran an orthopedic clinic for many years before entering the House of Representatives and he is an expert on health issues. Trump has promised to move quickly on repealing (or amending) Obama’s Affordable Care Act once in the White House. Price has already offered alternatives to Obama’s government-centered legislation in Congress.

Trump spokesperson Jason Miller has said replacing the President’s health care law is one of the major projects Price will lead on upon becoming secretary of HHS.

New York Senator Chuck Schumer, who will be replacing the outgoing Harry Reid as leader of Senate Democrats, has been lamenting for some time now on Republican proposals to abolish Obamacare and other GOP ideas such as privatizing Medicare. Schumer made comments to the Associated Press in November that Republicans would “rue the day” they tried to abolish Obamacare.

The incoming leader of Senate Democrats knows he has a tough road ahead of him. Any opposition his colleagues muster up on legislation will be met with a GOP-controlled Senate, House, and White House. Schumer has been using the lame duck session before the transfer of power in January to scare Republicans into forgoing changes to Obama’s coveted health care law.

The threats do come with some irony. After facing voter backlash in two separate mid-term elections, Schumer publicly said in November 2014 that Democrats were “wrong” to focus on health care instead of other issues middle class Americans care about.

Voters did not want Obamacare and the law has remained controversial with Americans. Given Donald Trump won on a message of replacing Obamacare tooth and nail, perhaps Sen. Schumer should respect the president-elect’s mandate.