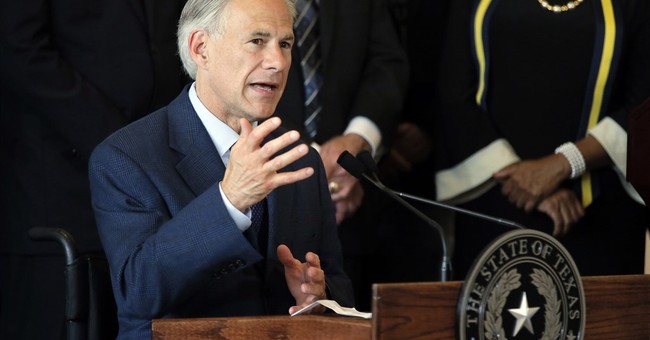 Texas Gov. Greg Abbott took to Twitter Sunday night to announce his plan to ban sanctuary cities in the Lone Star State. He also revealed his administration has issued an executive order cutting off funding to such cities.

The Republican governor was responding to a Twitter user’s question asking him if he could do anything about the city of Austin, Texas pledging to remain a sanctuary city for illegal immigrants.

One of the major battles between the GOP and Democrats heading into 2017 will be the issue of illegal immigration. During his first television interview since becoming the president-elect, Trump promised on 60 Minutes to deport any illegal immigrant who was a member of a gang or had a criminal record. Trump estimated the number of people to fit this bill to be around 2 to 3 million. Democratic mayors and governors across the country have in return pledged to ignore federal law and will continue to harbor illegal immigrants. NYC mayor Bill De Blasio and Chicago mayor Rahm Emanuel issues statements pledging to keep their cities as sanctuaries for undocumented immigrants.