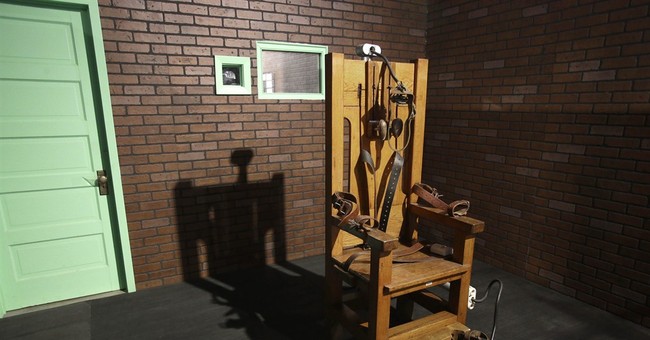 Besides a litany of candidates to choose from at the voting booth, voters across the country also made big decisions on major ballot initiatives. One of the voter referendums was the death penalty. Despite anti-capital punishment sentiment growing in recent years, the death penalty was given the nod of approval in several states.

In Nebraska, citizens bucked their legislature by voting to bring the death penalty back - Nebraska lawmakers had previously abolished it in 2015. The referendum would not have been possible without Republican Pete Ricketts. He dropped hundreds of thousands of his own dollars to obtain enough signatures to get the issue on the 2016 ballot. Ricketts had voted against its repeal when it passed easily in the Nebraska legislature.

In California, voters not only chose to reject a measure to end the death penalty, but they even voted to expedite the process. Fifty-four percent of Californians said “no” to a measure asking if the state should repeal the death penalty. By a much tighter margin, voters said “yes” to a ballot question asking if the time between conviction and execution should be quickened.

While regarded as a more "traditional" form of justice, not all conservatives are happy about the results. In fact, a growing chorus of conservative voices are joining the call to end the death penalty. Marc Hyden, the national coordinator for Conservatives Concerned About the Death Penalty, had this to say about Nebraska's decision: “Conservatives increasingly believe the death penalty is a broken government program that wastes money and threatens innocent lives. This understanding drove Nebraska lawmakers to repeal the death penalty last year, and it is only a matter of time before Nebraska voters come to reevaluate this failed policy. Capital punishment’s heyday has clearly passed, and regardless of today’s result, conservatives will continue to lead the way towards its end.”