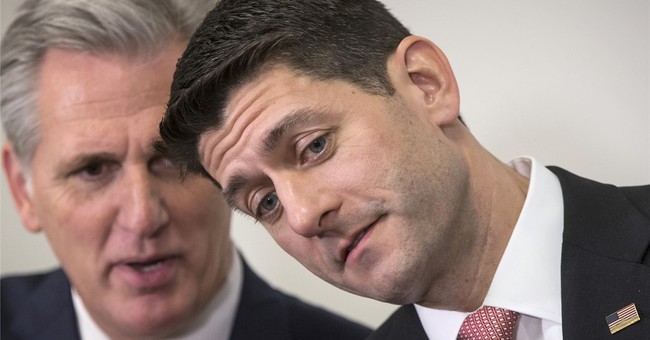 The fight for the U.S. House was not as closely watched since most experts agreed the GOP would retain control and all the attention was paid to White House and Senate hopefuls. As expected, a few Republican districts did fall to Democrats.

However, it was by all accounts a good night for Paul Ryan and the National Republican Congressional Committee. Many GOP members in competitive districts fended off challenges. In fact, a few Democratic seats were flipped.

Darrell Issa: Issa’s seat looked at risk when Democrat Doug Applegate came out of nowhere in the primaries with strong polling. Issa, being the ire of many Democrats across the nation, became victim to outside spending and big-name liberals looking to oust their favorite boogeyman. Issa still came out on top with over 51 percent of the votes in California’s 49th district.

Barbara Comstock: In the beginning of this House race, pundits described Republican Comstock being in the “fight of her life.” She represents a moderate suburban district and is quite new to Capitol Hill – having been elected in 2014. Democrat LuAnn Bennet gave her a tough fight. However, Comstock ended the night with a comfortable win – taking about 53 percent of the votes in Virginia’s 10th district.

Carlos Curbelo: Curbelo is another GOP newbie in congress – having defeated Democrat Joe Garcia in 2014. In a presidential election year with expected higher turnout, Garcia decided a rematch would go his way in their Miami district. Top Republicans such as Speaker Ryan and Jeb Bush pulled all the stops to assist Curbelo. The work clearly paid off. Curbelo handily defeated Garcia 53 percent to 41 percent.

Will Hurd: Like Curbelo, Hurd is a Hispanic Republican in a Hispanic-heavy district. Republican Hurd looked to be in trouble at the beginning of the 2016 election. The southern Texas district had previously been represented by a Democrat. National Democrats had hoped anti-Trump Latino voters would come out in droves to unseat him. This didn’t happen. He won Texas’ 23rd district by over one percentage point.

Mia Love: She made history in 2014 when she became the only black Republican female serving in Congress. Love also unseated longtime a Democrat in her conservative Utah district. National Democrats dearly wanted their seat back and tried with challenger Doug Owens. Love didn’t just win her reelection, she dominated her opponent by winning with a margin of over ten percentage points.

Don Bacon: In an election year where most seats that flipped went to the Democrats' column, it’s great to hear that Republican Don Bacon has unseated Democrat Brad Ashford in Nebraska’s 2nd district. The election was one of the few races where Republicans had an opportunity to gain a seat and succeeded in their efforts.

Paul Ryan: Ryan won his Wisconsin seat by a resounding margin – taking 65 percent of the vote. This was unsurprising. Speaker Ryan is also listed as a major winner because he goes into 2017 with a still-strong Republican Majority, GOP Senate, and a GOP White House. Ryan has paramount dreams for his conservative policies. With Republicans controlling Congress and the executive branch – he should be able to see a lot of these proposals reach fruition.