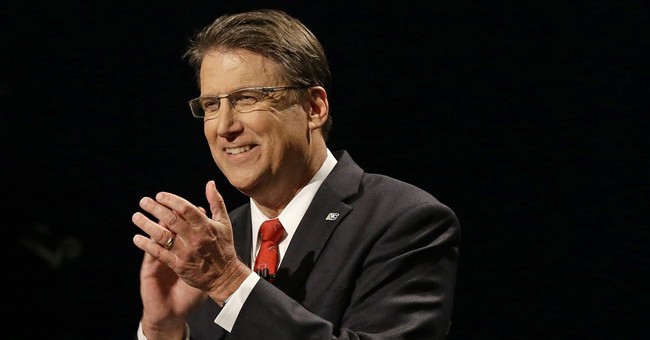 Unfortunately, the governor’s race in North Carolina may be one where the GOP endures a loss.

Republican incumbent Pat McCrory enraged liberals and LGBT rights activists when he signed House Bill 2, The Public Facilities Privacy & Security Act, earlier this year. The legislation mandates individuals to use public restrooms that coincide with their biological sex rather than their preferred gender identity. Opponents called the bill the most anti-LGBT in the United States and they refuse to let their grievances be quickly forgotten.

The whole race has essentially become a referendum on the legislation.

Republican McCrory is running for reelection against Democrat Attorney General Roy Cooper. Despite McCrory presiding over one of the best performing state economies in the country, Cooper has kept public discourse focused on HB2. The strategy seems to be working – Cooper has maintained an enduring, albeit small, advantage in polling against Governor McCrory.

For his part, Governor McCrory has not shied away from the social issues HB2 has brought to the forefront. He has vigorously defended his signature of the bill.

Another factor in this race is the hotly contested U.S. Senate election. Republican Burr is receiving a surprisingly tough challenge from his Democratic opponent that no one expected when the race began. National Democrats have smelled blood and outside money has poured in from both sides.

The Real Clear Politics average of polls gives Democrat Cooper the advantage with a spread of +2.2.