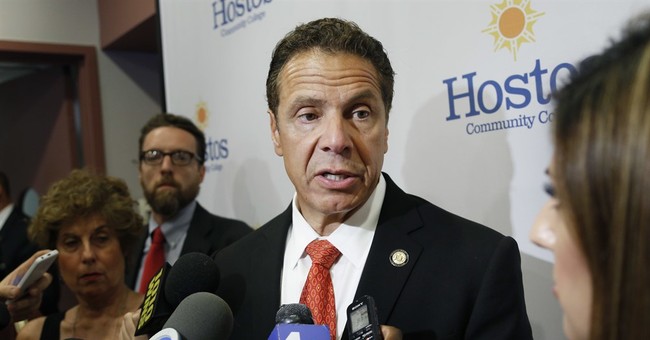 Governor Andrew Cuomo once again reminded us that liberal government means a government that rejects innovation in the marketplace. After complaints from union groups and hoteliers, the liberal governor signed a law placing a fine of up to $7,500 on anyone who uses a home sharing site to advertise a short-term rental apartment - essentially killing the operation of Airbnb.

The reasoning for the legislation is based on debunked myths purported by hotel groups. They claim Airbnb is fostering an environment where real estate owners can potentially buy up entire properties and then operate “illegal hotels” by using room-sharing services.

The problem with this argument is that it simply isn’t true - and couldn’t be according to Airbnb’s own concessions to New York legislators. Over 95 percent of New York Airbnb hosts sharing their whole home for rent advertise no more than one to share. On top of that, Airbnb agreed to enact a rule forcing hosts to advertise only one property for rent.

Proponents of the legislation claim the law protects the “little guy” and will stop Airbnb from purportedly raising living costs. A large swath of Airbnb hosts are young professionals and millennials who use the sharing service to help them with rent and deal with the high costs of living that comes with residing in New York City. Go figure.

The past few years we have seen a wave of sharing services materialize onto the international stage. It’s been described as a new wave of market innovation the world sees every generation as capitalism continues to bring new ideas and products to the forefront.

The sharing economy is just another subset of our 21st century economy. Instead of embracing the benefits of new ideas, self-described “progressives” are once again showing they are far from heralding progress.

Airbnb isn’t sitting on its hands. They are already suing to block the new law.