Unions Running to the Courts Amid Continual Legislative Losses 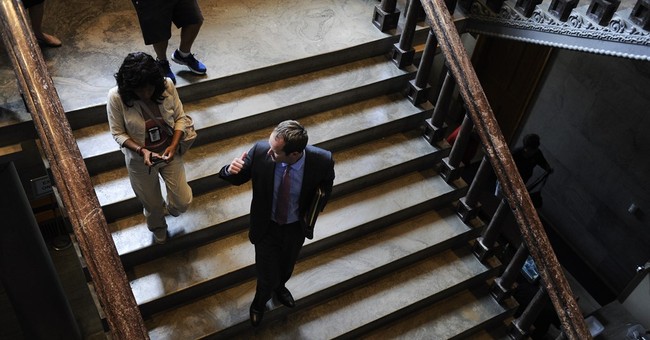 It’s no surprise unions have been witnessing a long, steady drop in membership during the past decades. Compared to the mid-20th century, today's numbers are pretty frightening for union leaders. Union members used to make up 30 percent of the entire American workforce in 1950. Now, they only make up slightly over 11 percent.

State legislatures across the country have been giving American workers more choice in how they wish to spend their paychecks. Right-to-work laws give employees the freedom to choose whether they want a union to represent them and take a portion of their salary. These laws liberate workers from being forced to join a union – even if they personally feel that union is not deserving of their paycheck.

The number of governors (alongside their state legislative leaders) enacting right-to-work laws have been rising. In the past five years alone we have seen Michigan, West Virginia, Indiana, and Wisconsin pass related legislation. As of right now, 26 states in total have right-to-work laws.

Instead of making a stronger case for forced membership to voters - or lawmakers - union leaders have run to the courts in an effort to score judicial wins after rampant legislative losses. They have filed lawsuits against almost all of the states which had recently passed union reform.

Their hope may not be to see a hodgepodge of judicial victories, but perhaps differing conclusions at separate federal courts – forcing the hand of the Supreme Court to weigh in. If this does occur, the partisan makeup of the Supreme Court may be more important than it already is.

It would be winter wonderland for union bosses if right-to-work was found unconstitutional and workers across the country were forced to join a union and pay their salaries.