Conservative Groups Looking to Keep the Senate in GOP Hands 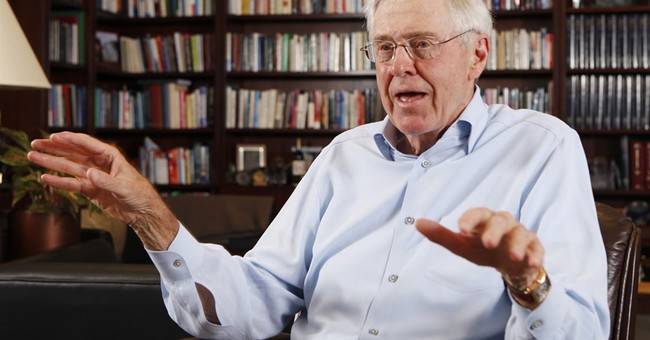 Before the 2016 election got underway, Republicans were already facing a tough Senate map. Democrats are defending 10 seats to the GOP’s 24. Seven of the Republican-held seats are in states Obama won in 2012 and Democrats only need five to win back control of the upper chamber (four if Tim Kaine is elected vice president).

Fast-forward to right now and we have a presidential candidate who, polling indicates, is weighing down GOP Senate candidates.

Kelly Ayotte, Ron Johnson, and Pat Toomey are in the fights of their lives. Mark Kirk of Illinois appears to be a dead man walking. All of the said candidates have seen polling dips for Trump in their respective states coincide with their own drop.

There are exceptions in Ohio and Florida. Rubio has been polling well as of late. Rob Portman has enjoyed the best polling performance of any Republican running in an Obama-won state.

A Democrat takeover of the Senate could be stymied by GOP wins in the few states where they have an opportunity to play offense. Minority Leader Harry Reid is retiring and the race to replace him in Nevada is considered a toss-up. Any one election could be the difference between party control for the next two years.

As the Trump campaign continues to stumble, outside groups are increasingly shifting resources to down-ballot races. The Koch network will not be committing any money or ground game to help the Republican presidential nominee.

Instead, Americans for Prosperity and Freedom Partners are going all in for Senate candidates. AFP has around 700 paid staffers in 35 states. They have already spent $3.5 million on behalf of Sen. Toomey in the Keystone State and plan to be a major force in states that are competitive. In a surprise move indicating their priority of high-risk seats, the Koch network pulled their ads in Florida - citing their piece of mind with Rubio's poll numbers.

While highly unlikely, the Republican National Committee has been urged to drop support for Trump and completely focus on down-ballot Republicans.